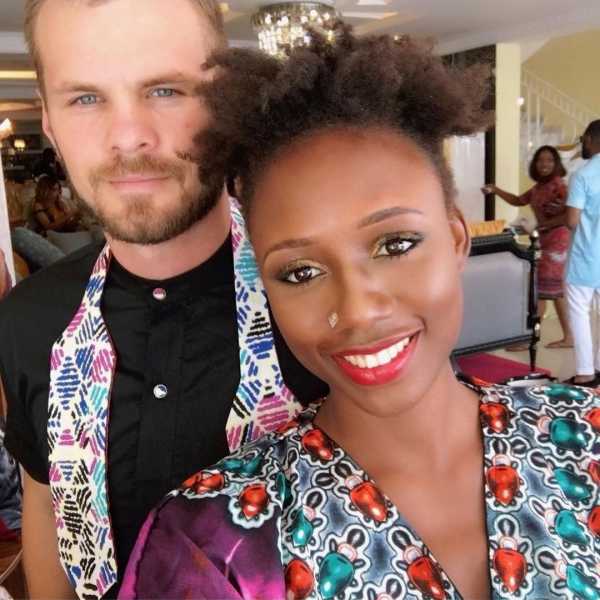 The ex-husband of Korra Obidi, Justin Dean, shared a video with a new woman while he hints on going out with her.

This comes days after the father of two said he had no immediate plans to remarry and would rather to devote his time to his children. Additionally, he asserted that he wasn’t even prepared for dating.

However, a few days after that admission, the chiropractor recently shared a video of himself and a woman named Tokumbo Daniel (a Nigerian designer) on his Instagram account.

He captioned the short video:

“Date night.” The write-up was accompanied by some emojis of love.

In the clip, the two pleasantly smiled at the camera as the lady made the video.