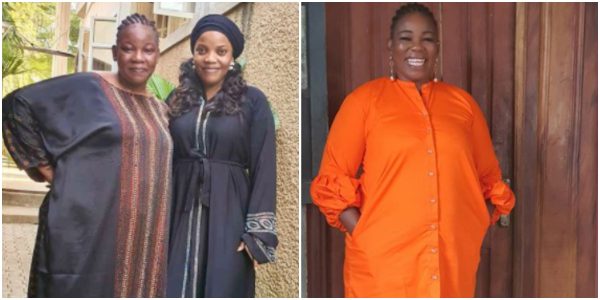 Empress Njamah, a Nollywood actress, has demonstrated that she is a true friend as she solicits funds to help cater to Ada Ameh’s Mother.

The actress has pleaded with the public to assist her in providing food for the mother of her late best friend and coworker, Ada Ameh. Empress is raising money to support Ada’s mother.

In Warri, Delta State, about 11 p.m. on Sunday, July 17, 2022, the legendary actress passed away. Ada Ameh reportedly passed away from a heart attack and mental health difficulties.

Empress Njamah begged Nigerians to assist her in taking care of the elderly woman on her Instagram page.

She claimed that Ada Ameh left behind a wonderful mother who was her top priority prior to her sad death.

Empress Njamah said she needed help because she couldn’t complete this task by herself. 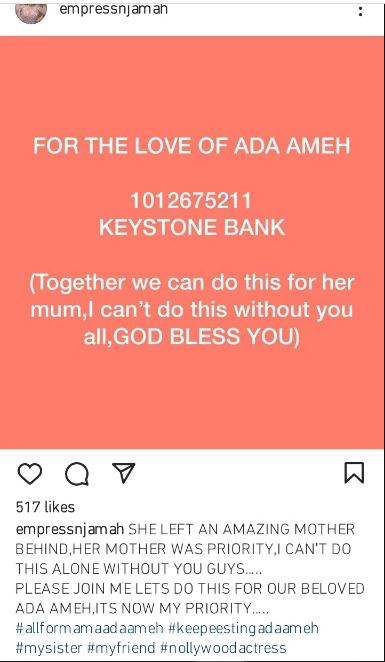