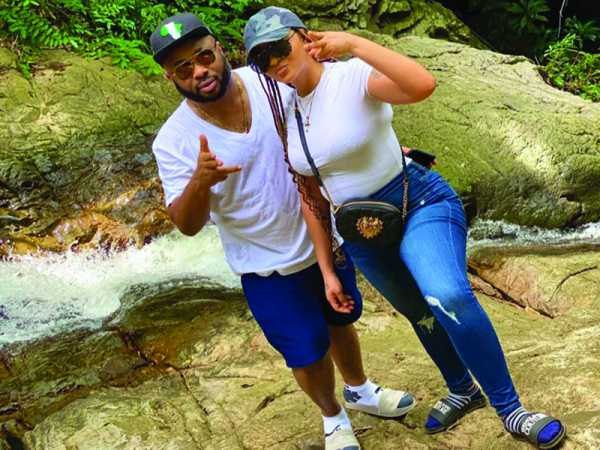 Olakunle Churchill was seen in the viral video fiddling with his wife’s enormous behind while they were attempting to strike a pose for the cameras.

The actress and mother of one, who finds the scene endearing and humorous, posted the video and a sweet caption to Instagram.

Rosy wrote: “Let’s take picture turn using my body part for musical instrument. Now he will fight me for this post. Mr shy shy but you will not let us take pictures in peace #weekendvibes x #okomi”

Fans who responded to the post were ecstatic and wished the actress and her husband a life full of love and happiness.