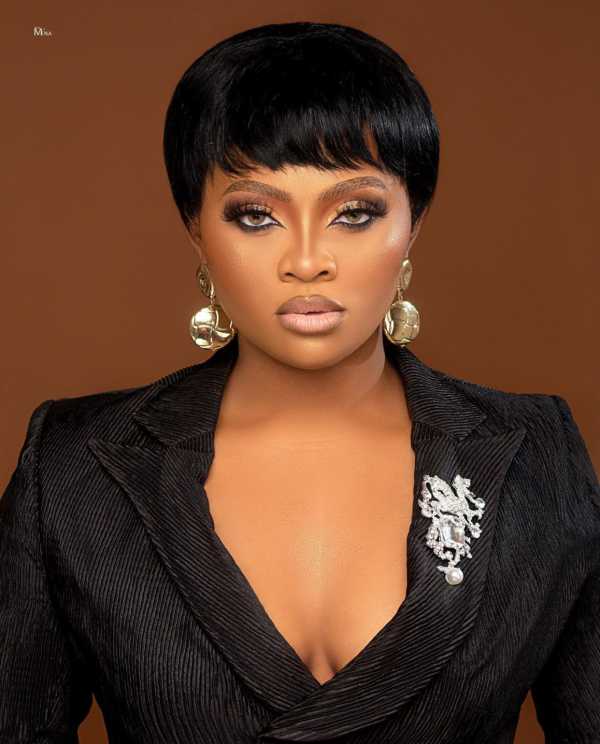 Tega Dominic, a former housemate on Big Brother Naija Shine Ya Eye, has claimed that women who die as a result of domestic abuse deserve such fate since they refused to leave.

Tega claims that some women experience abusive marriages and domestic violence as a result of the ‘Mrs’ label associated with such unions.

Tega said she thinks some women deserve what they get because they lack common sense.

READ ALSO: What Would Have Happened To Boma If We Had S3x In The House – BBNaija’s Tega Spills

She wrote: “Sometimes I always think some women deserve what the get because them no gree get sense, na to drive Benz and Lexus dey hungry you. Just so you know if you die na mechanic go fist drive am before they give it out”. 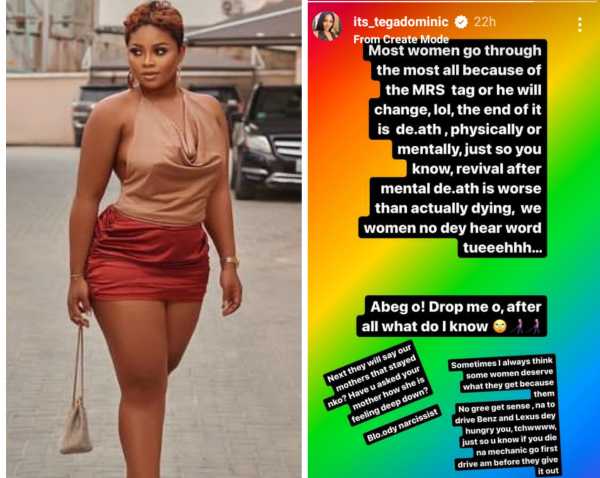