A lot has changed in the telecoms industry since Globacom was birthed in 2003. As it counts down to its 19th anniversary in a few days, the company and its founder, Dr. Mike Adenuga, Jnr, can look back on their chequered and storied journey and give themselves a robust pat on the back.

Indeed, few magnates refine the merchant tropes of endeavor, like Dr. Mike Adenuga Jnr. Through grit and hard work, he built his octopoidal conglomerate that employs thousands of Nigerians nay Africans in profitable, futuristic endeavors. If Adenuga’s story reads like a business legend, it is probably because he has always been an enterprise stylist.

Adept at combining grit with desire, his life espouses crucial entrepreneurial anecdotes by its metaphor-rich manifestations of his hard work.

At work and at play, Adenuga shifts gear seamlessly between the whimsical and the earnest, demonstrating time and over again his ability to tame challenges and ride out storms – without falling prey to Scylla and Charybdis of cynicism and failure. All in pursuit of glory.

He symbolises the African enterprising spirit of passion, unalloyed commitment, resilience and hard work. Thus he is today one of the most recognisable names on the African continent; sitting atop what is arguably one of the continent’s largest business empires.

When It All Began

Age 19 is not a landmark anniversary that calls for a rousing celebration. It is, however, for Globacom, Nigeria’s first indigenous telecommunications network, a resounding testament and poignant reminder of its sheer survival skills, tenacity, innovativeness, and resilience in the treacherous Nigerian economy. The company and its founder, Adenuga, have survived several tempests and trials – a hostile economy, harsh government policies, and deliberate witch-hunt, among others – to remain a formidable telecommunications provider.

In the beginning, MTN and Econet Wireless (now known as Airtel) were owned by South African and Zimbabwean businessmen respectively, with vast capital bases. They had operated for two years before Globacom launched, meaning that they had a head start and presumably had already consolidated their hold on the Nigerian market. Then, it was prestigious and elitist to own a mobile phone because a SIM card cost as much as N40,000 while calls were charged at N50 per minute irrespective of the number of seconds the call lasted. The incidence of call-drop was equally very high.

Nigerians were at the mercy of the operators. Not even the government could come to the rescue of its people. To compound the predicament of phone users, the promoters of MTN and Econet told Nigerians with stone-cold remorselessness that Per Second Billing, which was the norm in other countries of the world, was not feasible in Nigeria. They had a field day milking Nigerians. More so, there was no competition. What could have passed as the competition was the federal government-owned MTEL, which would soon gurgle and burp to its demise.

Adenuga had declared then that the vision of Globacom is to build the biggest and best network in Africa. The company launched with all guns blazing. Soon, Globacom crashed the price of SIM cards – selling at N500. Nigerians were stupefied; oblivious that there was more where that came from. Then, it introduced the Per Second Billing, which MTN and Econet had claimed was impossible for the Nigerian market. This move by Globacom would force the other telecom operators to also introduce the PSB. Consequently, this began the revolution that made mobile telephony not just an exclusive preserve of the privileged and well-heeled but, a necessity for Nigerians of all ages from the North to the South and everywhere in between. Globacom, a Proudly Nigerian company with the well-being of Nigerians as the core of its business principle, had come to stay.

From its early days, Globacom had always defied market odds to delight Nigerians. The company launched a slew of futuristic products and services such as being the first to offer 2.5G when others were on 2G, MMS, international SMS connectivity to over 804 networks in 174 countries, BlackBerry solutions, international prepaid roaming, voice SMS, personal ringback tunes, and Magicplus.

In 2010, the company stupefied Africa when it launched the Glo 1 submarine cable, a 9,800km cable stretching from the UK across West Africa with landing points in Nigeria, London, and Lisbon, and connecting different countries to the rest of the world. It was launched to provide tonnes of terabytes of data per second to West Africa and many European cities. In addition to boosting the provision of services to telecom end-users, the facility is currently providing much-needed connectivity to vital sectors of the economy such as oil and gas, manufacturing, banking, commerce, education, and health among others.

In recent years, Globacom has played a major role in the country’s march to a digital future by introducing a range of customised and community-driven voice and data connectivity solutions that help to manage complex networking systems. Globacom also provides secured as well as verticalised IT solutions such as E-Health, Smart Cognitive Learning, Smart Energy, Industrial IoT, and Cloud Applications.

These solutions are particularly useful for collaborations, device management, workgroup storage, and information security among others. Its fixed connectivity and voice products such as Boost and Next Generation Bandwidth-on-Demand connectivity, SIP-based voice trunk, and telephony, further enhance the company’s capacity to deliver advanced connectivity and fixed voice solutions to medium and large enterprises, large wholesale carriers, and ISPs in Nigeria and Africa.

In the last two years, Globacom has been carrying out an aggressive roll-out of network equipment and upgrade of its sites to 4G-LTE. This is intended to offer high speed and quality data experience to millions of Nigerians on the Glonetwork. The process covers the entire scope of telecoms infrastructure upgrade from the core network to access network, transmission and IP network, fibre network metro access and backbone infrastructure and passive equipment expansion like power and environment.

It also involves the rollout of new sites to increase network coverage in areas that need improvement and to also densifyand ease off already congested areas. This ultimately improves customers’ network experience and satisfaction in terms of service delivery, network quality, and coverage.

On completion of these projects, Globacom will have enhanced capacity to continue to provide world class and high-grade voice, data and VAS services to its teeming customers in Nigeria as well as its numerous roaming customers in-bound Nigeria and out-bound in other countries.

Globacom doesn’t just churn out television commercials to promote its brand and services; the telecoms giant ensures to produce inspiring and ingenious TVCs that portray and project Nigerians and Africans in good light and spur them to achieve their dreams. This it has done again with four new commercials.

Like Mozart’s peerless genius in classical music, Globacom is a leader by streets in setting the pace in producing inspiring and ingenious commercials that have become the high watermark by which other telecom operators are rated. Over the years, Globacom has, indeed, perfected the art of projecting the image of Nigeria and Africa, stoking the patriotic fire in citizens and motivating its teeming youth to reach beyond the stratosphere.

Globacom’s Investment in the Arts

The chairman’s love for the arts is intrinsic and invaluable. Perhaps after his passion for business, making money, and philanthropy, appreciation of the arts is next in line. The entertainment industry has featured prominently in Globacom’s Corporate Social Investment (CSI) initiatives on account of Adenuga’s passion for the industry.

Aside from direct financial commitments including massive sponsorships, Globacom currently retains the largest number of key players in the entertainment industry as brand ambassadors while upholding that by actively engaging these key entertainment drivers, they, in turn, can help to grow the sector and the economy. Many entertainers, both established and unheralded, have been blessed immeasurably by this love and patronage.

The Alliance Française, committed to promoting French culture and teaching French as a second language around the world, now has a more befitting building in a choice area of Lagos thanks to the Globacom boss. Since it was declared open to the public in April 2018, the centre, aptly named the Mike Adenuga Centre, has been commanding commendations from far and near; from art aficionados and artists and preeminent Nigerians.

Adenuga loves a good laugh and he loves to share happiness, which is why he has supported and sponsored many comedy shows ranging from Glo Lafta Fest, regarded as the biggest music, dance, and comedy event in Nigeria, which brings top-rated African comedians like like Bovi, Salvador of Uganda, Basket Mouth, Gordons, I Go Dye, 2Cantok, Seyi Law and others together in one place for an evening of unlimited fun and laughter; Glo Slide and Bounce, a traveling music and dance show; and the Bovi man on Fire Lagos and Warri editions, among others.

Since it began operations in 2003, Globacom has made home-grown stars from the entertainment industry the faces (ambassadors) of its brand while making them worth their popularity in affluence and influence. At a time when entertainers were being paid peanuts for their artistry, Globacom upped the ante, dishing out millions of naira to their ambassadors, and helping them to live the life they only see in the movies or on MTV.

Like entertainment, sports also rank very high on the Corporate Social Responsibility activities and investments of Globacom. Over a decade ago, it took over the full sponsorship of the CAF African Footballer of the Year awards. Around the same time, the telecoms giant signed a sponsorship agreement with the Nigeria Football Federation thus becoming the official telecommunications partner and major sponsor of Nigerian national teams. Alongside this, it sponsors the Supporters’ Club in any part of the world where any of Nigeria’s national teams is competing. 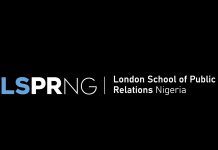 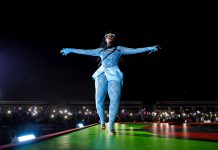 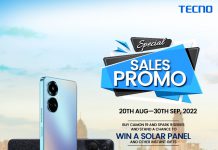