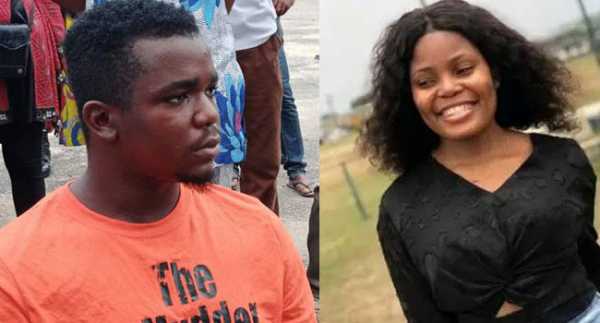 Justice Bassey Nkanang of the Akwa Ibom State High Court on Thursday sentenced Uduak Akpan to death by hanging for the murder of Iniubong Umoren.

Umoren, a graduate of Philosophy, University of Uyo, was killed on April 2021. She was job hunting while awaiting mobilisation for the compulsory National Youth Service Corps (NYSC) scheme.

The three persons who stood trial for the murder of Iniubong were Uduak-Abasi Akpan, Frank Akpan and Anwan-Bassey Akpan,  who are the first, second and third accused persons.

The first accused, Uduak-Abasi Akpan, was said to have lured her by inviting her for a job interview – He was standing trial on a two-count charge of rape and murder.

The second accused person, Frank Akpan, who is the father of the first accused was charged as an accomplice in the murder, while the third accused, Anwan-Bassey Akpan, Uduak Akpan’s sister was charged with accessory because she harboured her brother in her residence in Calabar in a bid to assist him to escape justice.

The court, however, discharged and acquitted Frank Akpan and Anwan-Bassey Akpan, the second and third accused persons.