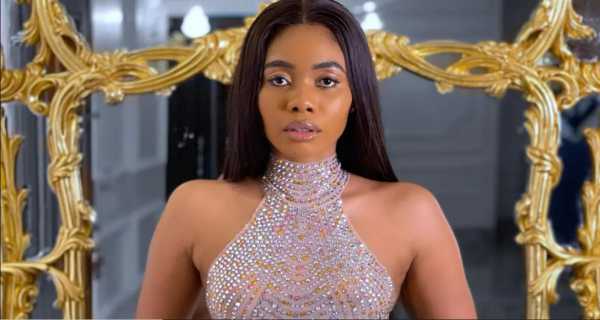 The troll made fun of her by stating that she has a small breast.

READ ALSO: ‘Thank God Somebody’s Son Has Paid Mine In Full’- Jane Mena Reacts To Reno Omokri’s View That Only Virgins Should Have Their Bride Price Paid In Full

In response, she referred to a previous controversy with extramarital affairs by saying that it is the same breast that she used to snatch someone’s boyfriend.

She continued by claiming that she will refrain from future breast augmentation because she adores the size of her breasts.