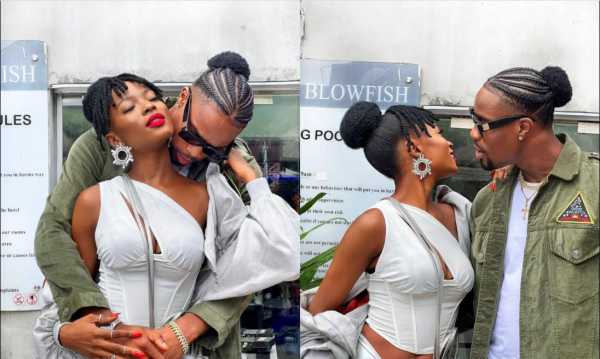 Neo and Jemima Osunde made a splash on Instagram with stunning images of themselves taken while filming the movie “Palava.”

Neo Akpofure posted the pictures online and claimed he and Jemima gave off a Bonnie and Clyde impression with their identical hairdo.

Neo was accused of almost causing them heartache by a user going by the name Hope by posting such images online.

jemimaosunde: How am I just noticing our buns Are they ready for us though??? I don’t think so

bimboademoye: So this why you’ve not called me . Ya hugging a male homosapien . Ehn osauyi. Ok . Have a nice life .

bimboademoye: Ya even closing eye to smile.