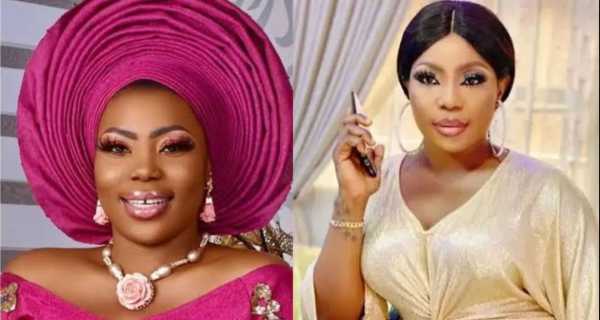 Kudirat Ogunro, better known by her stage names Kudy and Semilore, is a Nollywood actress, producer, and brand influencer. She has warned her coworkers to stop pitting people against one another.

She forewarned them, telling them to refrain from ruining people’s names in an effort to make people believe they are the best.

Kudy cursed everybody who had lied about her or slandered her reputation.

She wrote: “Stop turning people against each other, stop spoiling people’s name in other to make people think you are the best, stop smiling at people and say awful things behind them.

READ MORE: When I Get Married, My Husband Must Have A Side Chick: Nollywood Actress

Everybody talks about each other, so nobody is a saint but telling lies about someone to another shows your mother raised a Dog.

If you’ve ever lied about me or defamed my character in any way and made people hate me for no reason whatsoever, may you never know peace and may you never find favor!!!.

And na Dem go first greet you and be asking stupid questions “se anja ni”. Na ur way but trust me.one day will be one day for you yes you”. 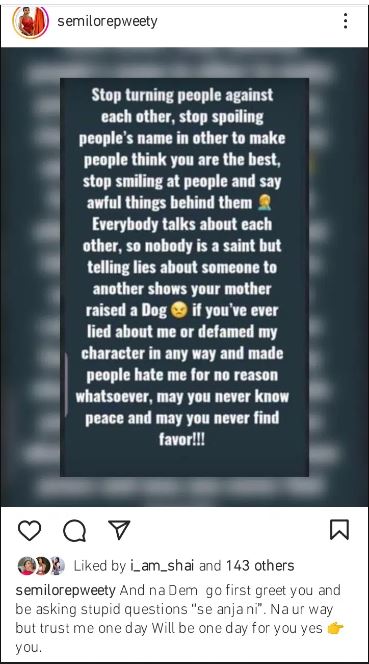