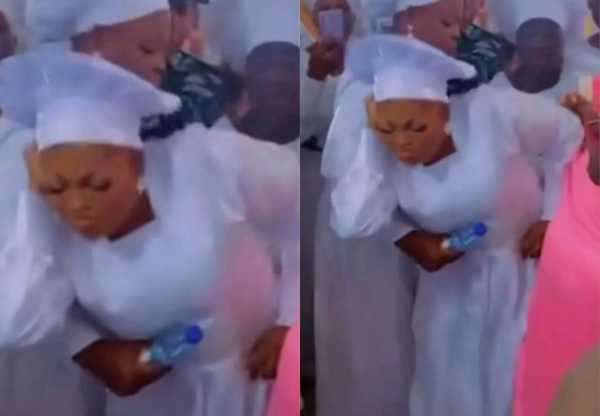 Funke Akindele, a former actress and filmmaker who is now running for office, has once again sparked reactions about her acting prowess and political aspirations.

The mother of two who is running for deputy governor of Lagos was spotted in a TikTok video attending Celestial Church of Christ, a white-robed church.

READ ALSO: We Blocked Ourselves – Iyabo Ojo Opens Up On Reason Funke Akindele Did Not Reply Her Birthday Message

Funke, who was known for her dancing prowess, seized control of the situation by dancing merrily before hanging on to her head and swinging from side to side.

The women holding the 45-year-old woman rocked back and forth as well.

Netizens reacted to the video saying:

BEATRICE OF LAGOS: “Wo make I sha no talk cuz why besay na when she won do governor she remember say she be celestial. True definition of KING OF BOYS”.

everythingfootwears: “Is it real or acting??”.