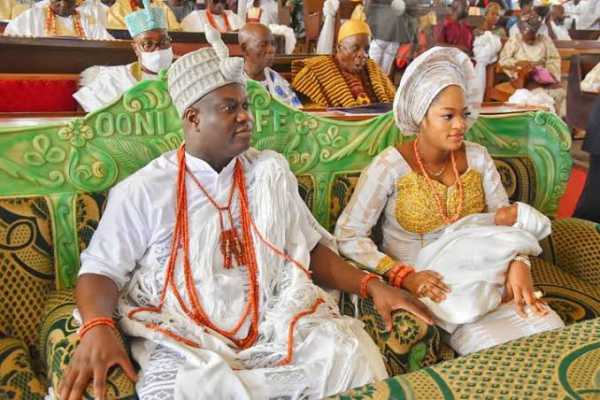 Olori Naomi Ogunwusi, the estranged spouse of Oba Adeyeye Ogunwusi, Ooni of Ife, has responded as Simi Oluwaseyi presses her to address her claimed marital crisis.

At the AIG’s office (Zone 17) in Akure, Olori Naomi Ogunwusi had yelled at the assistant commissioner of police hours earlier.

READ ALSO: Ooni Of Ife Reacts To Reports Of Finding Love Again After His Ex-Wife, Naomi Dumped Him

According to Queen Naomi, ending a marriage shouldn’t deprive a woman of her basic human rights or of her femininity.

As she questioned whether leaving the Ooni was a good enough reason for having her human rights and feminine dignity stolen, Queen Naomi made a commitment to spill the tea.

Her sister urged her to speak up in the comments section.

She added that no woman deserved what she went through, making a domestic abuse implication.

Her sister wrote: “No woman deserves 1% of what you went through, still going through, you have really tried and enough is enough!! It’s about time the sleeping dog wakes!!!!”.

Olori Naomi replied encouraging and instructing her not to wake the sleeping dog.

She replied: “It will be a rude awakening you know when I am pushed I will rather die…thank you all for standing by me through this difficult period, they don’t know what’s going on but God will be faithful”. 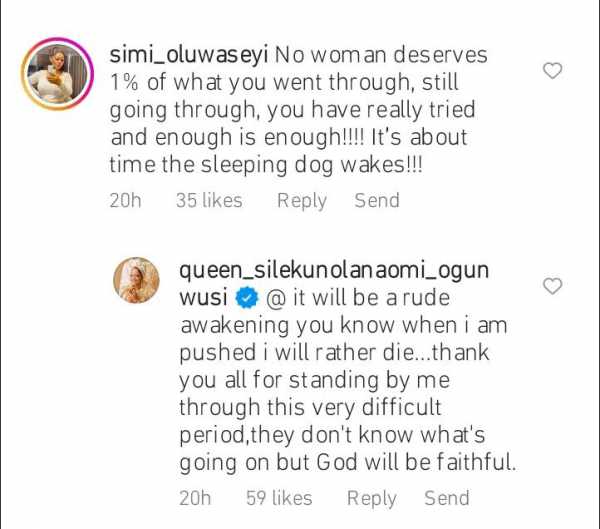