In response to Tiwa Savage’s internet curse that she never experience parenthood, singer Seyi Shay has explained how she responded after giving birth to her kid.

Tiwa Savage cursed Seyi Shay in a fit of rage after something she said to Seyi Shay, but thanks to God, Seyi Shay has now experienced the joy of parenthood and has a daughter.

Seyi Shay never mocked Tiwa Savage when she gave delivery, instead bowed in gratitude to God for making it possible like she did when she gave birth to her daughter after being cursed.

She believes that the devil is a liar and that the words of the highest being are true, which is why she bowed to him in respect as soon as she gave birth since, in her opinion, when He says something, nobody can contradict it, and not even a curse from anybody could stop it. 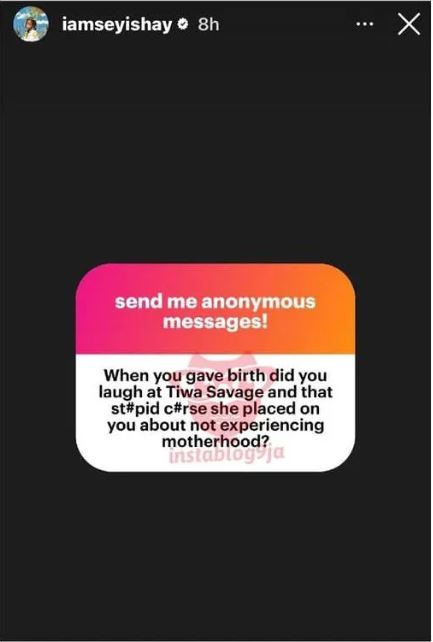 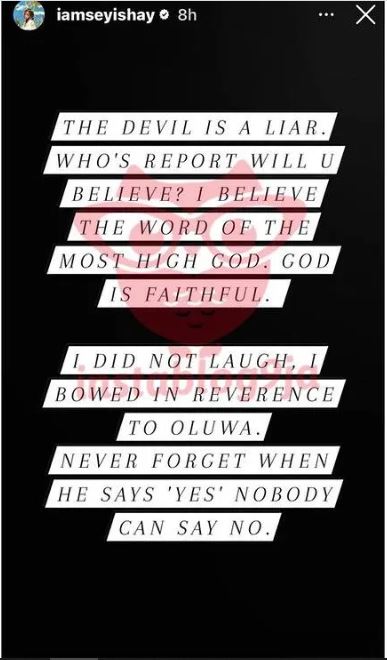