Home Entertainment “There Is Always Going To Be Light At The End Of Your...
Facebook
Twitter
WhatsApp

The mother of two, who was involved in a scandal last month, has come out to give advice to her followers on Instagram.

Iyabo promised that there would always be light at the end of the tunnel, regardless of how long it took.

The actress wrote: “It doesn’t matter how long it takes, there is always going to be light at the end of your tunnel….if you believe it, claim it & own it”.

This comes after she was accused of being sexually involved with controversial clergyman, Apostle Suleman. 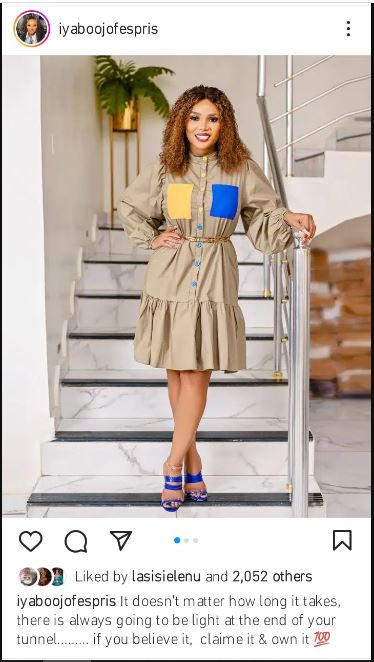