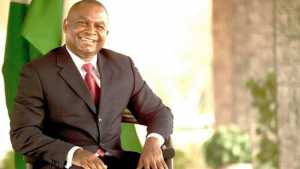 Chimaroke Nnamani, a senator from the opposition Peoples Democratic Party (PDP) has been appointed member of the All Progressive Congress (APC) Presidential Campaign Council (PCC) for the general election of 2023.
APC through the PCC Secretary, James Faleke released a list of 422 members for the council ahead of the official stipulated date by INEC for the commencement of campaign for the forthcoming 2023 election.
Surprisingly, Mr. Chimaroke, a PDP chieftain who was elected to office as the senatorial district representative for Enugu East under that party, was featured as the 350th member on the APC campaign council’s list.
The senator’s participation could be explained by the fact that the former governor of Enugu State hasn’t been shy about voicing his support for Bola Tinubu, the APC’s presidential candidate in the upcoming election.
Mr Nnamani has praised Mr Tinubu on several occasions, even calling him the “the hardest working Politico of this generation”.
Political parties are expected to commence campaigns for the 2023 Presidential and National Assembly election officially next week Wednesday, September 28, according to the timetable provided by the Independent National Electoral Commission (INEC).