Apostle Suleman Johnson, the lead pastor of Omega Fire Ministries, has finally spoken on the controversy surrounding his name and ministry on social media.

Apostle Suleman and Halima Abubakar’s controversy began in June when a contentious blogger named Gist Lover revealed that the actress was seeing the reportedly fetish Apostle.

While admitting to the allegations, the actress threatened to disclose more secrets on social media if anyone tried to bully her with unnecessary messages.

Halima Abubakar’s social media post led to another drama between the Nollywood celebrities whose names made it to the alleged list of celebrities who had relationships with Apostle Suleiman.

Many took to their respective social media pages to debunk the reports with different claims and some with curses.

But in a now-viral letter, Suleman asked the actress to “cease and desist” from publishing “defamatory statements” against him.

“Dear Ms Halima Abubakar, Our client is an Apostle and Senior Pastor of the Omega Fire and Miracle Ministry International, with branches in all states of Nigeria and several countries of the world. By virtue of his Apostolic caling and reach he has several millions of followers who look up to him and his ministry for spiritual guidance and direction,” it reads.

“It is our brief that you caused to be published malicious, defamatory, and demeaning statements about our client in several micro-blog sites, chiefly Gistlover, and your Instagram handle Halima Abubakar, which have wider reach within Nigeria and the world.

“These statements, made by you, knowing fully well that they are false, untrue, malicious, defamatory, baseless, and a tool of blackmail of our client, impugn the reputation of our client and reduce him in the eyes of responsible and right thinking members of the society.”

In the letter, Suleman asked the actress to retract her earlier comments in a statement to be published via social media and five national dailies. The cleric also asked Halima to sign an undertaking indicating her willingness to “stop spreading defamatory statements against him”.

He added that legal action will be instituted against the actress if she fails to comply with his demands within three days.

“Please be informed that in the event you fail to comply with this cease and desist notice and accede to the aforestated demands within the aforementioned 3 (three) days, we have further legal instructions to issue the Writ of Sammons against you and seek sundry reliefs for defamation, including monetary dues,” it added. 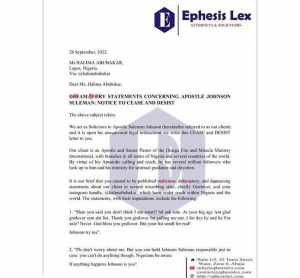 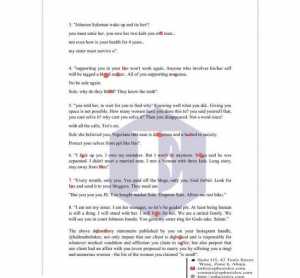 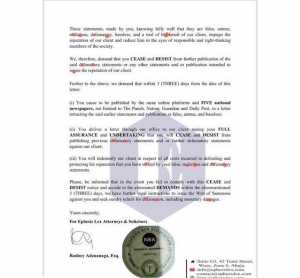