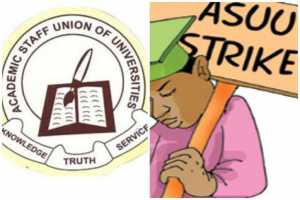 The union declared that it has begun collecting its legal team under the direction of renowned human rights advocate and Senior Advocate of Nigeria, Femi Falana in order to submit an appeal.

In a statement, Adelaja Odukoya, the union’s Lagos zone chairman, asked members to maintain composure and band together to fight to the end.

Recall that ASUU went on strike on February 14 to enforce its demands, which include approval of a payment network that the union prefers.