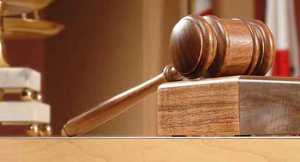 The Academic Staff Union of Universities (ASUU) has been ordered to end its current nationwide strike by the Nigerian National Industrial Court (NICN).
Since February 14, ASUU has been on strike to emphasize its demand for increased financing for universities and a reassessment of teachers’ pay, among other things.
ASUU discussions with the federal government have frequently come to an impasse.
READ ALSO: ASUU Strike: Heavy Gridlock As NANS Blocks Access Roads To Lagos Airport
Consequently, the federal government went to court to challenge the strike.
The government through its counsel, James Igwe prayed the court for an interlocutory injunction restraining ASUU from taking further steps as regards the strike, pending the determination of the substantive suit.
Details soon…