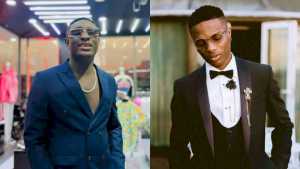 Carter Efe, a popular Nigerian comedian turned singer, has spoken out after the removal of his hit song Machala from Apple Music and Spotify.

When the song was released, Carter Efe and Berri Tiga gave Wizkid’s fans something to celebrate. The song quickly became their anthem.

However, the debut single was reportedly taken down from Spotify and Apple Music on Friday, September 2.

In response, Carter Efe said he was unbothered by the development and noted that he was still being called for shows despite what had happened.

He said: “Dey done remove my song from Apple Music ooo but dem still dey carry me for Germany shows. Even though make dem delete the song e no concern me.”.