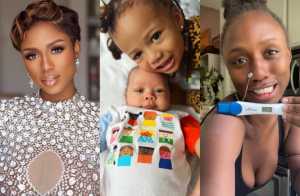 Korra Obidi, a Nigerian-American dancer and all-around entertainer, has publicly acknowledged her miscarriage for the first time.

The dancer who divorced her foreign spouse, Justin Dean, earlier this year has revealed something new about her personal life.

The mother of two posted a picture of herself holding a pregnancy test strip that was positive on her Instagram story.

The caption of Korra Obidi’s Instagram post suggested that her over 5-month-old baby should have an older sibling.

This indicates that prior to the birth of Athena, Korra and her ex-husband Justin lost a pregnancy.

June and Anthena Dean are the couple’s two daughters.

This new update is coming days after Korra opened up about her ongoing custody battle with her ex-husband.

In a video she posted on her platform, she cried out that her children had been taken away for some days, leaving her broken. 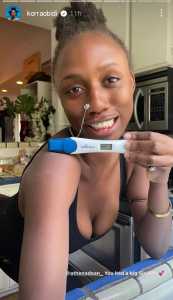