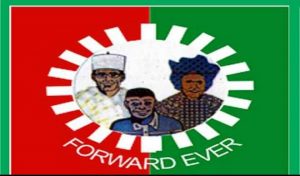 The supporters popularly know as ‘Obi-dients’ had assembled at the Pastoral Centre, Mile 50, in Abakaliki for a solidarity march before security personnel in Hilux vans rushed the scene and teargassed them.

However, the Obi supporters reassembled and continued the solidarity march from Mile 50 to the G-hostel district of the state capital minutes after they had been forcibly dispersed.

One of the supporters, Steve Ugama, spoke with reporters about the incident and urged the state governor, David Umahi, to address the situation.

He also denounced the attack on the state’s youths, who, in his opinion, only came out with the Nigerian flag to show their support for a preferred Presidential candidate.

He said, “This is inhumane and undemocratic. We gathered here this morning for our peaceful March, all of a sudden, the police came and started tear-gassing us and arresting our people.

“My phone was smashed by the police this morning. We demand that the people that they (police) have arrested be released unconditionally because they have not done anything.

“This movement has been held in every other part of the country, including the state that we have a presidential candidate, and they were not fired. Nobody disturbed them because it is a peaceful rally.

“Why is Ebonyi’s case always different? The Governor, David Umahi, needs to address this. As he (Umahi) said before that Ebonyi votes belong to APC, he is an individual and he should allow us to support a candidate that is our choice.

Many of his colleagues were hurt, according to another Obi supporter.

At the time the report was filed, Chris Anyanwu, the spokesperson for the Ebonyi State Police Command, was not returning his calls, thus all attempts to gain a response from them were futile.