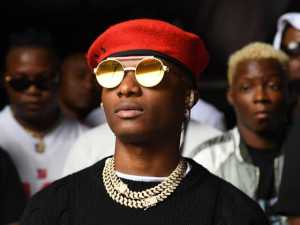 Nigerian artiste Wizkid recently made history by becoming the first African performer to headline at the Rolling Loud Festival.

Wizkid celebrated the historic night by exciting the crowd with an electrifying array of his timeless hits. His appearance makes him the first African to serve as the headlining act at a Rolling Loud Festival.

Wizkid’s most recent rendition of Chris Brown’s “Call Me Everyday” made its debut that evening, and the crowd sang along.

The singer headlined the festival alongside American artists like Future, Dave, and others.

To add to it, one of American rap groups, Migos opened up for Wizkid at Rolling Loud festival in Miami.

He also became the first African artiste to receive $1 million for the event.

American rappers, Future and Travis Scott (2019) have also been paid $1million for the show.