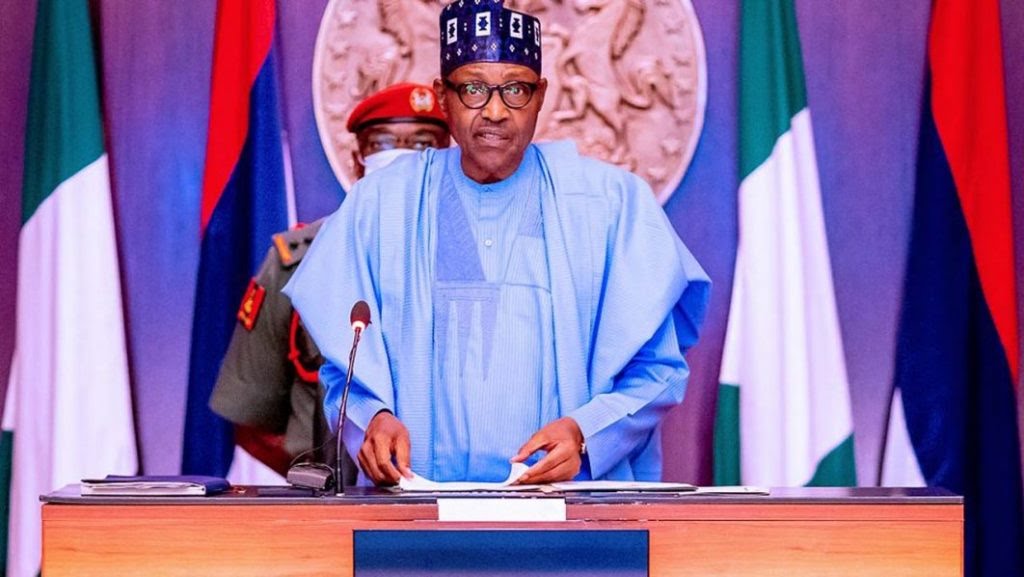 President Muhammadu Buhari has met with the released 23 passengers of the Abuja-Kaduna train attack on Thursday during an unplanned visit to Kaduna’s Nigerian Defence Academy hospital.

This was revealed on Thursday in a statement signed by Garba Shehu, the Senior Special Assistant to the President on Media and Publicity titled ‘President Buhari meets freed Kaduna train passengers, thanks Nigerian military for their brave services.’

According to Shehu, the President made an impromptu visit to the hospital to see the victims of the train attack after commissioning Cadets of 69 Regular Course (Army, Navy and Air Force) of the NDA, in Afaka, Kaduna State.

“Before boarding NAF 001 back to Abuja from the Kaduna International Airport, Buhari detoured to the hospital, where he also thanked the Nigerian military for their brave services in securing the safe release of the hostages from Boko Haram terrorists.”

It was earlier reported that, around 4pm Wednesday, terrorists released the last set of hostages taken during the attack six months ago.

In response, Buhari stated that the military and all other security and intelligence agencies deserved praise for the successful execution of the operation that resulted in the release of the hostages. He added that these organizations had demonstrated exceptional capabilities during this time that the entire world would be forced to take notice of.

In his reaction, Buhari said the nation owed the military and all other security and intelligence agencies a debt of gratitude for the successful conduct of the operation leading to the release of the hostages, saying that these agencies had shown outstanding capabilities over this period that the whole world will not fail to take note of.

At the hospital were members of the Chief of Defence Staff Action Committee, led by Maj.-Gen. Usman Abdulkadir (retd.), who facilitated the release of the hostages.

The Chief of Defence Staff, Gen. Lucky Irabor, had earlier introduced the Committee members and briefed the President.