The Federal government has presented certificates of registration to two more academic unions of universities.

The unions are Nigerian Association of Medical and Dental Academics (NAMDA) and the Congress of Nigerian University Academics (CONUA).

Chris Ngige, the Minister of Labour and Employment, presented both unions with certificates of registration at the ministry on Tuesday.

The move is the latest ploy by the government to bring the striking Academic Staff Union of Universities (ASUU) to its knees over the almost eight-month-old industrial action.

“These associations will exist side by side with ASUU in Nigerian universities,” said Mr Ngige, citing the ILO convention.

He urged the newly registered academic unions not to meddle with the activities of the university management and the governing council.

According to Ngige, ASUU is meddling with the rights of employers by insisting that the University Transparency and Accountability Solutions (UTAS) be adopted as a payment platform for its members.

The latest move by the minister may not be unconnected with the recent brickbats between him and the President of ASUU, Emmanuel Osodeke.

The groups had engaged in hot arguments at a meeting on Thursday conveyed by the Speaker of the House of Representatives, Femi Gbajabiamila.

CONUA, a rival academic union to the striking Academic Staff Union of Universities (ASUU), started its registration process in 2018.

The union, led by ‘Niyi Sunmonu, a lecturer at Obafemi Awolowo University (OAU), has continuously dissociated itself from any strike declared by ASUU. 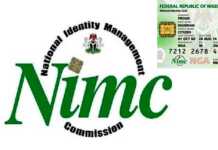