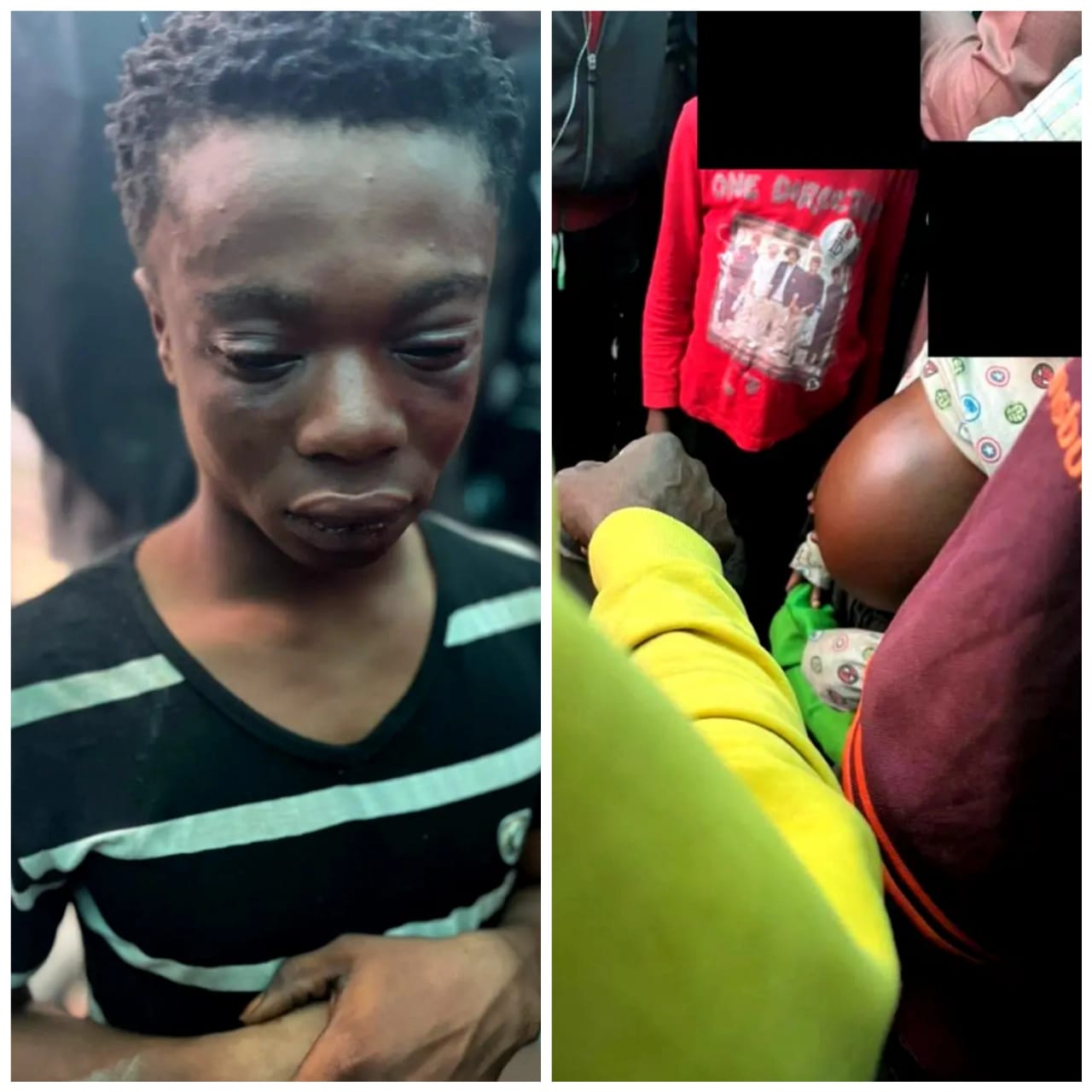 Onyedinka Esiala, a middle-aged man was discovered manipulating children who pretended to have stomach tumors in order to beg for money, in Lagos State.

Esiala, an Enugu State resident, was exposed on September 28, 2022, by a passerby named Benefit at Mile 2 of the state.

The suspect informed Vanguard that his alleged boss, Uche, was behind the operation and had given the children unspecified drugs to cause their stomachs to swell.

Uche allegedly takes kids to Lagos every time he travels to the country’s eastern area.He said;

“My name is Onyedinka and I am from Enugu State. My oga is Uche. When I came from the village, I did not get any work to do; then he told me to be helping him to be taking these children out for begging.

“Whenever I am about to take the kids from Orile to Mile 2 pedestrian bridge, my Oga will give them dr¥gs though I don’t know the name of the medicines which will make their stomach get swollen for some hours, and the kids’ mothers are aware of the business. Their mothers stay in the village.

“The children were staying with them in the village before they gave them to my Oga to come to Lagos. The girls are not my sisters, but their mother often brings them to my Oga. Some kids stay a year with us, and half of the money made from begging is sent to their mothers in the village. My Oga does give them black drugs. I don’t know the name of the drugs. My Oga did not tell me the name but it’s a black drug.

My Oga brought one of the kids last year December while the other girl has spent three months with us. There is a boy among them but did not come today because he is not feeling too well.  We do not come every day. We sometimes come three times in a week.”