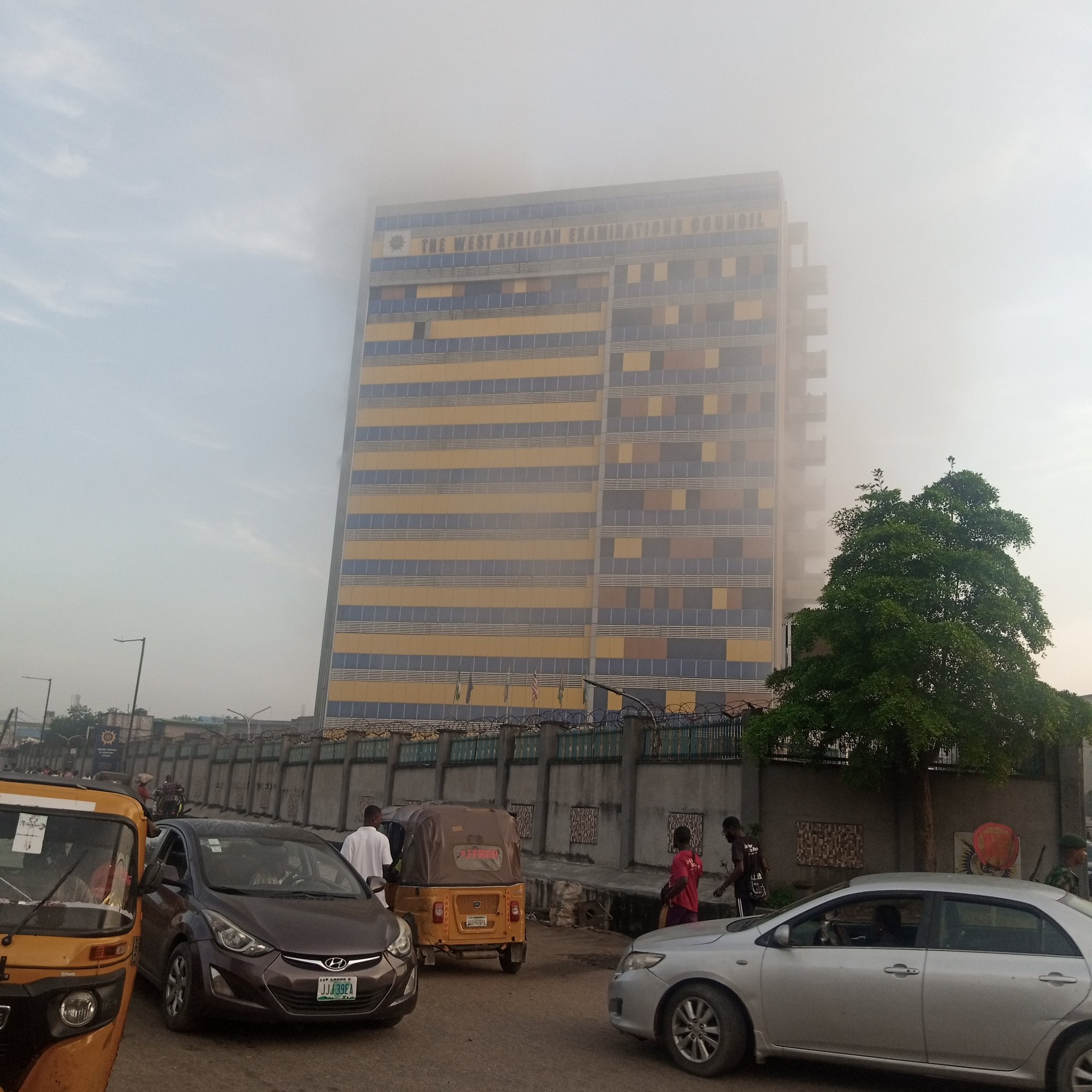 There was tension in the early hours of Wednesday as fire gutted the West Africa Examinations Council building in Yaba area of Lagos State.

According to reports, several people are still trapped in the building as the fire rages. The cause of the fire which started at about 6.50 am, was yet to be ascertained as of 7.15 am.

The fire had broken out at the middle of the high-rise building as those trapped in the building were seen frantically calling for help.

It was gathered that men of the Lagos State Fire and Rescue Service and other emergency responder are presently at the scene to put out the raging fire.