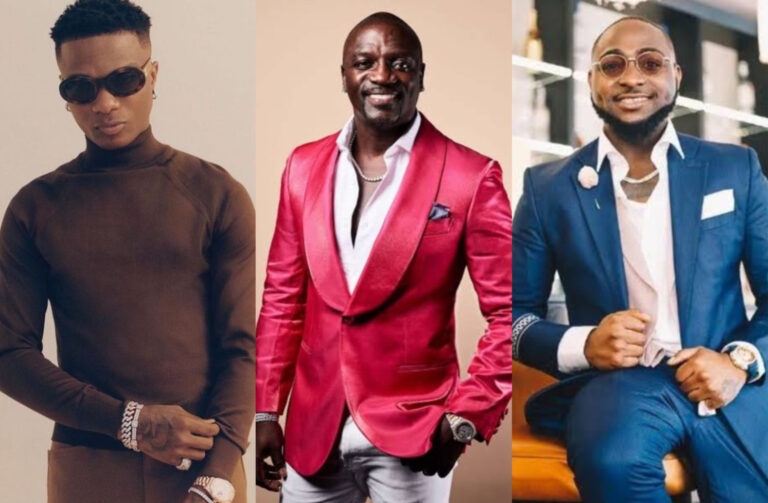 Akon, a famous American singer, has hailed Wizkid, Davido, and Burna Boy for introducing Afrobeats to the world.

The three giants are transforming Nigerian music, according to Akon in an interview with renowned American radio DJ Sway.

Wizkid was referred to by the singer as a born Superstar, and for Akon, Wizkid is the poster child of Afrobeat and he is the biggest name in the industry.

He added that Wizkid is one of those guys that put up one record a year and the record last a whole year.

“Wizkid is probably the poster child of Afrobeat and he is the biggest name”.

He added, “Wizkid is just a superstar, he is one of those guys that put up one record a year and the record last a whole year. He is a born star without a doubt”.

On Davido, he described him as the hardest working artist. For him, Davido is an underdog that fought hard to be where he is, though he had the support of his wealthy family.

“Davido is the hardest working artist. He was the underdog but what he has as support was his wealthy family, so he was able to come out every week with a new song and new video. He got more song than any Afrobeat artiste”.

Lastly, speaking about African giant, Burna Boy, Akon described him as he beast.

He said, “Burna Boy is a beast, he’s representing the culture on a level it needs to be represented on”.