The new Resident Electoral Commissioner in the state, Zango Abdu, during a meeting with members of election stakeholders disclosed at the end of the exercise, that 12,298, 944 Nigerians successfully completed the registration as new voters.

He said, “The preliminary register of voters in Kano State currently stands at 5,927,565.

“It is preliminary because Section 19 (1) and (2) of the Electoral Act 2022 requires the Commission to display the hard copies of the register of voters for each registration area (Ward) and Local Government Area (and simultaneously publish the entire register on the Commission’s website) for a period of two weeks for scrutiny, claims and objections, by citizens not later than 90 days to a general election,” he added.

Also, the REC reiterated that the commission, as mandated by law, would continue to monitor the activities of political parties, as well as track the campaign finances of all political parties as provided by Sections 83, 85, 87, 88, 90, 91,92 and 95 of the Electoral Act of 2022.

To this end, he urged politicians to critically study and pay attention to the provisions of the constitution, the Electoral Act, The Police Act and Public Order Act for the proper and peaceful conduct of political party campaigns, rallies and processions, adding that the commission would continue to track the campaign finances and its activities, as mandated by the law.

Similarly, the REC stressed that there would be no going back on deployment of Bimodal Voter Accreditation System for voter accreditation and the transmission of results to the INEC Result Viewing Portal on Election Day.

He pointed out that there would be no incident form that allowed ineligible persons to vote using other person’s Permanent Voters Card during elections. 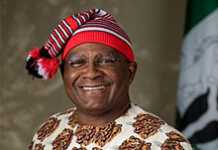