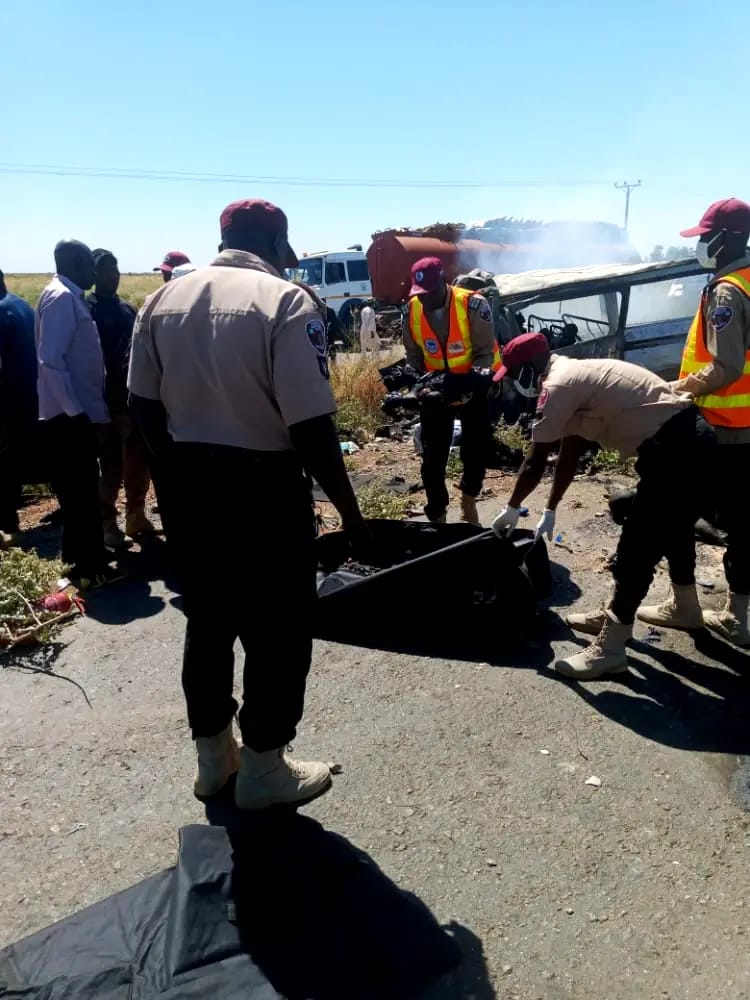 Two Hummer buses and a golf saloon were involved in a car accident that left at least 37 people completely burned along the Maiduguri/Damaturu road, not far from Jakana community.

According to Vanguard, the Assistant Corps Marshal Rotimi Adeleye, the Zone 12 Zonal Commander of the Federal Road Safety Corps (FRSC), revealed this in Bauchi on Tuesday.

He said: “This is to intimate you of very fatal crashes at about 10:00am today, 22/11/22 that occurred this morning along Maiduguri to Damaturu road very close to a village called JAKANA.

“Three vehicles were involved (2 Hummer Buses and 1 Golf Saloon). So far, 37 people have been confirmed dead, 8 injured and most of them burnt beyond recognition. The FRSC deployed men for the rescue and have also liaised with the Borno State Commissioner of Police to obtain Court Order for the mass burial of the Victims who were burnt beyond recognition

“The Fire Service were also alerted as one of the 3 Vehicles involved was still burning as of this time. The injured were taken to general hospital Maiduguri and UMTH.

“The Hummer buses were coming in opposite directions. One had a tyre burst and had a headon collision which resulted to fire. The Golf coming behind ran into them with little impact. Excessive over speeding is the major cause. This was very avoidable.”