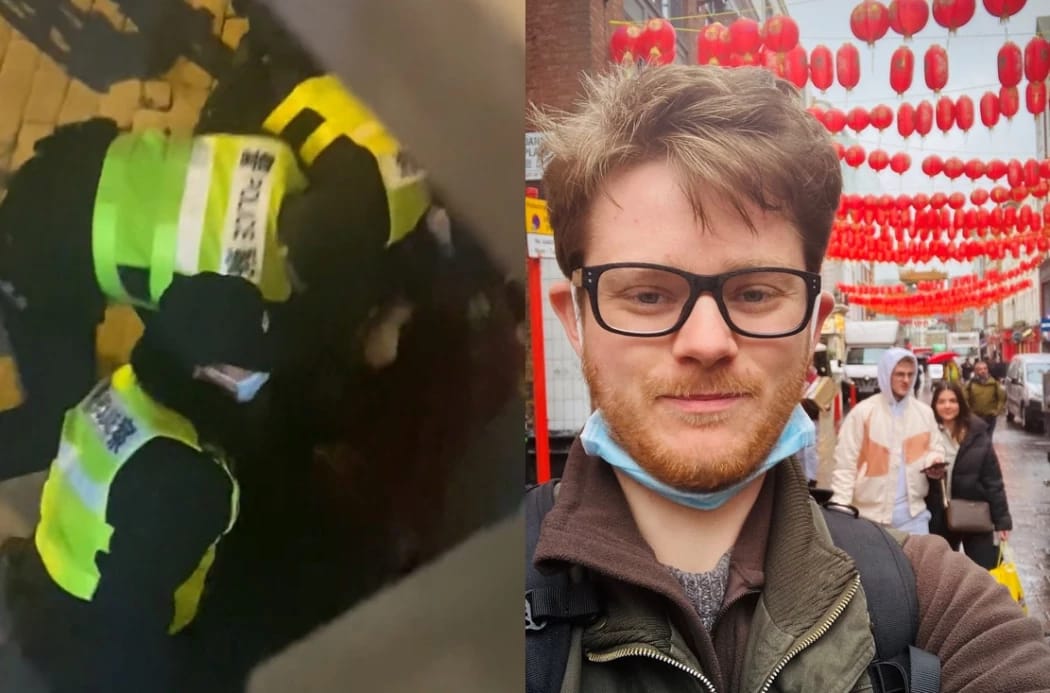 The BBC has said one of its journalists in China was arrested and beaten by police while covering protests on Sunday against the country’s zero-Covid policy.

This comes after a large number of people demonstrated against the government on the streets of China’s major cities on Sunday.

“The BBC is extremely concerned about the treatment of our journalist, Ed Lawrence, who was arrested and handcuffed while covering the protests in Shanghai,” the broadcaster said in a statement.

Lawrence, working in the country as an accredited journalist, was detained for several hours, during which time he was beaten and kicked by police, according to the BBC. He was later released.

“It is very worrying that one of our journalists was attacked in this way whilst carrying out his duties,” the BBC said.

“We have had no official explanation or apology from the Chinese authorities, beyond a claim by the officials who later released him that they had arrested him for his own good in case he caught Covid from the crowd,” the statement added.

“We do not consider this a credible explanation.”

Lawrence tweeted on Monday to thank his followers, adding he believed “at least one local national was arrested after trying to stop the police from beating me.”

Speaking in Beijing, the Chinese foreign ministry spokesman, Zhao Lijian, said the BBC’s statement did not reflect what had happened, and that he did not identify himself as a reporter or show his press credentials.

“According to our understanding, the BBC’s statement is not true. According to authorities in Shanghai the journalist in question did not reveal his journalist identity at the time, he did not openly show his foreign press card,” Zhao said.

“When the incident happened, law enforcement personnel asked people to leave, and when certain people did not cooperate they were taken away from the scene.”