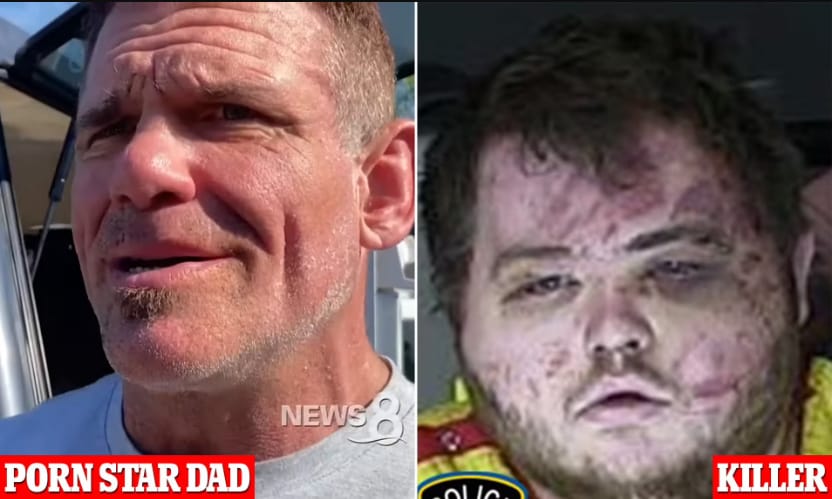 Aaron Brink, the father of Colorado Springs shooting suspect, Anderson Aldrich has reacted to the massacre by explaining that his first reaction to being informed of the attack at Club Q was to question why his child was at an LGBTQ bar.

“They started telling me about the incident, a shooting involving multiple people,” Mr. Brink said in an interview.

The father said that while he holds anti-gay views, there’s no excuse for his child shooting people in an LGTBQ+ club.

“I’m so sorry guys for your loss,” Mr Brink said. “With no regard to politics, it’s human life. I’m so sorry. My soul goes out to you.”

“Life is so fragile, and it’s valuable,” he said. “Those people’s lives were valuable.”

READ ALSO: 10 Feared Dead As Gunman Attacks Walmart In US

Relatives of Aldrich who wished to remain nameless told The Daily Beast that they were ‘totally disgusted.”I don’t want anything to do with that part of the family,’ the relative said.

‘They’ve always had issues, a lot of problems. I’m totally disgusted by that side of the family right now.’

In Brink’s interview with CBS 8 he apologized for his son’s alleged actions and said that there was ‘no excuse for going and killing people.’

‘If you’re killing people, there’s something wrong, it’s not the answer,’ he said.

Aldrich’s lawyers have said in court documents that the 22-year-old is non-binary and uses they/them pronouns.

Aldrich opened fire at Club Q shortly before midnight on November 19 before he was stopped by two bystanders.

Aldrich was initially hospitalized with unspecific injuries but was transferred to the El Paso County Jail on Tuesday November 22, according to authorities.Brink told the broadcaster that he didn’t know that his son was still alive.

He claims that Aldrich’s mother, Laura Voepel, had called him in 2016 to say that their son had changed their name, then died by suicide.

‘I thought he was dead,’ said Brink.

‘I mourned his loss. I had gone through a meltdown and thought I had lost my son.

Brink found out that his son was in fact alive six months ago when Aldrich called him out of the blue.

The two had not spoken in six years but the conversation quickly turned into an argument, Brink said.

‘He’s pissed off,’ Brink, who described himself in the interview as a conservative Republican.

‘He’s pissed off at me. He wants to poke at the old man.’

Mr Brink had 58 professional mixed martial arts fights with a record of 29 wins, 27 losses and two no contests stretching 19 years, according to MMAWeekly.com.

He has also appeared in several adult films and the reality tv show Divorce Court.