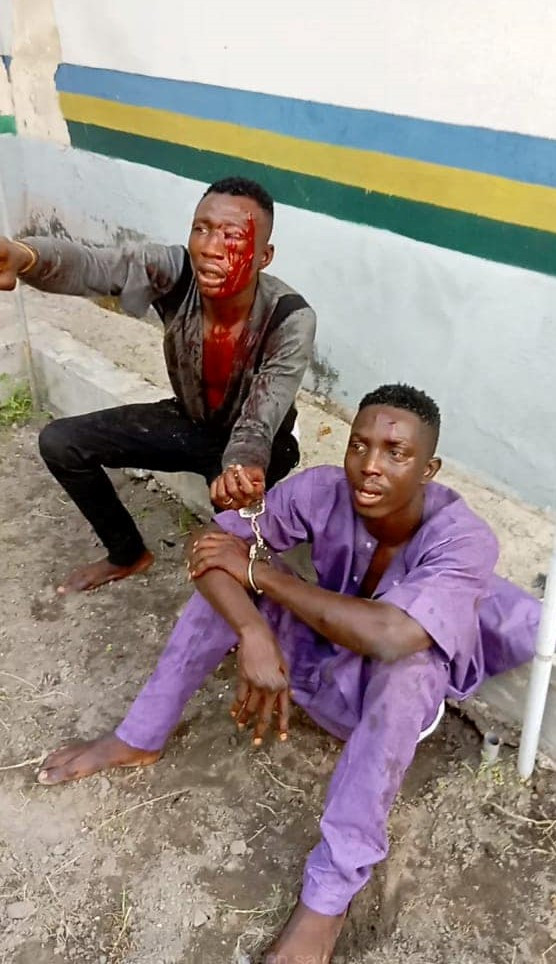 The suspects were apprehended by a patrol team of the Agency while on duty observing and regulating traffic around the Lekki-Ajah axis of the state, according to LASTMA’s general manager, Mr. Bolaji Oreagba.

According to the General Manager, “our officials ,while on traffic patrol heard passengers with loud voice shouting thieves! thieves!! inside an unpainted T4 commercial bus with number plate AAA 750 XX, while trying to stop the driver he drove dangerously, and our men pursued them with our patrol vehicle down to Ikate, where they were blocked by another pathfinder car belonging to a good samaritan”

Mr. Oreagba confirmed that while 2 suspects were arrested two others escaped with the P.O.S they were using to withdraw passengers money inside the T4 commercial bus.

“The arrested suspects with the recovered unpainted T4 commercial bus were later handed over to R.R.S personnel who were on pin-down at Chisco company ,along Lekki- Ajah. They were later moved down to Ilasan Police Station for further investigations.

The General Manager, however ,advised Lagos residents to always ensure that they board buses at designated garages ,and always be vigilant/keen-eyed especially when boarding public vehicles.