Chris Ngige, Minister of Labour and Employment, has proposed a mandatory training for leaders of labour unions.

According to a statement by the ministry on Monday, Ngige said this while defending the budget for his ministry before the house of representatives committee on labour.

He stated that the mandatory training will provide the right information for labour union leaders on limits regarding how to make demands.

Ngige accused labour union leaders of disregarding the ministry due to lack of knowledge about Nigerian laws, adding that it’s dangerous to have inadequate information about the constitution.

He said the training will familiarise the union leaders with the laws of trade unionism, trade dispute resolution, and the convention of the International Labour Organisation (ILO).

“So, we want to upgrade MINILS and make it mandatory that once you are elected as comrade president or secretary general or whatever, you must go there for a course that will last not less than eight weeks, to get certificated.

“Otherwise, you see people who are educated and knowledgeable and they are telling you that Section 43 of the Trade Dispute Act (TDA) 2004, Laws of the Federation of Nigeria, does not apply to them or anybody. How do you say that? You are insulting the parliaments that are making laws.

“You are registered as a union and there is the Trade Union Act (2005) as amended and yet, you say that it should not apply to you and that you cannot tender an account of check-off dues that you collected.

“The same Trade Union Act permits the union to deduct the check-off dues from the salaries of its members. The same act says that the union must be audited every year and the audited account submitted to the registrar of trade unions.

“It is just like the Independent National Electoral Commission (INEC) that registers political parties. If you apply to be registered as a political party, INEC will register you but will ask you to tender the audited accounts of your party every year. You must conform as a political party. But if you default, the commission will penalise you, according to the law. There are no two ways about it.

“A labour leader who attended the university but lacks small knowledge of the laws guiding trade unionism is a dangerous person to the society.”

He also urged the national assembly to consider the Michael Imoudu National Institute for Labour Studies (MINILS) for a special intervention fund to promote the college. 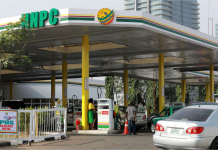 There Won’t Be Fuel Price Increase, NNPCL Has Enough In Stock – FG