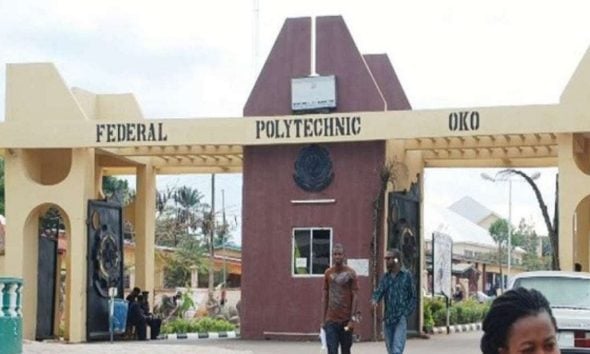 An unidentified student of Federal Polytechnic Oko, has allegedly committed suicide over a failed relationship.

The man who is a final year student of the polytechnic was already doing his Industrial Attachment (IT), preparatory to graduation, when he was jilted by his lover.

Iyke Orji, who is a student of the institution described the deceased as one who was “full of energy and life, and an intelligent boy with close to distinction (First class)”.

“He’s currently in his IT days, a student of Public Administration. He decided to stay in Oko for his one year industrial training, (but) instead of focusing on his training, he decided to search for true love.”

Orji further said that the deceased’s girlfriend recently broke up with him, and the news devastated him, and on Friday, when he couldn’t endure it, he drank sniper insecticide and died.

At the time of this report, Public Relations Officer of the institution, Mr Chijioke Ibeziakor is yet to react to the incident.