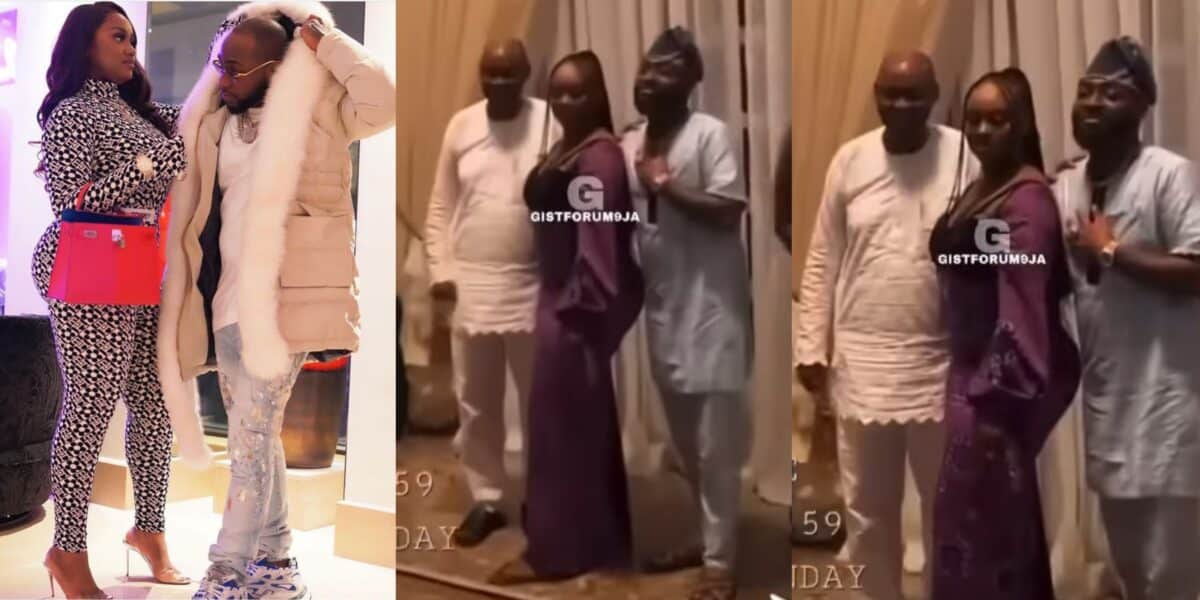 Chioma Rowland has been spotted for the first time since her son’s demise, with Davido and his father, at Governor Ademola Adeleke’s inauguration in Osun State.

On Sunday, the couple made their first public appearance together since October 31 in an effort to support Davido’s uncle.

A video making the rounds, showed the beautiful chef posing for a family photo with her husband, Davido and his father.

Chioma was spotted with a smile, as she stood in between father and son.

This is coming after Davido’s father queried him over Chioma’s absence as the family take photo.