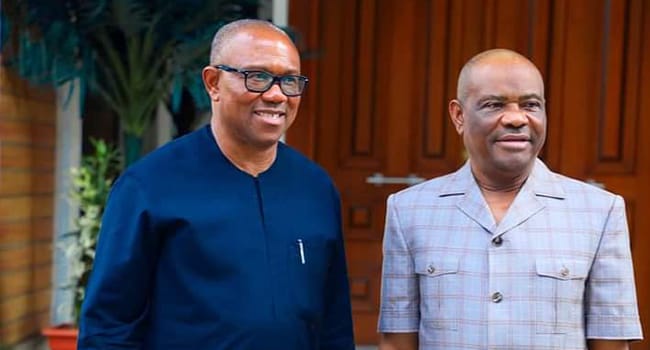 Wike added that Obi, a former governor of Anambra State, possesses all the necessary qualities to lead Nigeria.

The Rivers governor made this known to the LP presidential candidate in Port Harcourt, the state capital, at the venue of the Nkpolu-Oroworokwo Flyover inauguration.

“Each time you want to campaign in the state, let me know, all the logistics support, we will give to you,” Wike promised Obi.

Obi and his running mate, Datti Baba-Ahmed were in the state capital to commission the 9th flyover by the present administration.

Wike also stated that even though he was aware of the humiliation Obi endured before defecting from the PDP for the Labour Party, he would remain in the party and purge it of the “armed robbers.”

“I know the humiliation you suffered. Nobody will hear what you passed through and stay in the party but I will not leave. I will stay and fight.

“So, thank God because if you had not left, you would not have realised your ambition to be able to save Nigeria,” Wike told Obi.