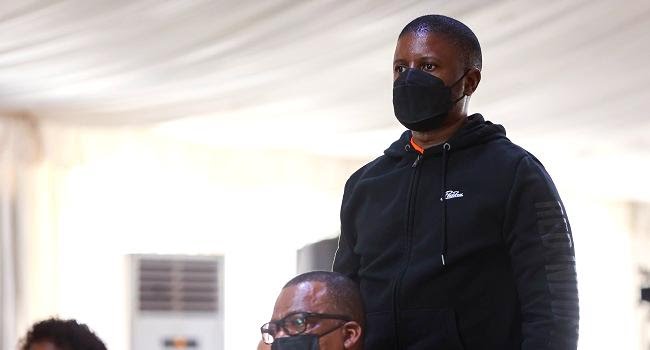 Ndambi Guebuza, the son of former President of Mozambique, Armando Guebuza has been handed a 12-year sentence by a Mozambican court on Wednesday.

This comes after a massive corruption scandal in which the administration tried to hide enormous debts and caused financial havoc.

Ndambi Guebuza and other ten people were found guilty of charges related to money laundering, bribery and blackmail, while eight were acquitted by the court, according to Reuters.

Maputo City Court said Guebuza’s son was not remorseful in committing the crime which saw hundreds of millions of dollars in government-supported loans vanish.

Other accomplices in the scandal including two top intelligence officials convicted were handed sentences of between 10 and 12 years.

“Armando Ndambi Guebuza showed no remorse for committing the crime and he maintains that he has been targeted for political reasons,” Judge Efigenio Baptista of the Maputo City Court said.

“Ndambi still does not reckon that he wrongfully benefited from $33 million that the Mozambican people badly need.”

The Southern African country’s spies involved — General Director Gregorio Leao and Head of the Economic Unit, Antonio Carlos do Rosario, were each condemned to 12 years in prison.