President Muhammadu Buhari may face a lawsuit over the appointment of Stella Okotete, the executive director of NEXIM Bank from a group under the auspices of Lawyers for Justice Reform if her immediate removal is not executed.

The group in a protest tagged ‘#RemoveStellaokotetenow’, staged at the main entrance of the National Assembly on Thursday, alleged that Okotete had of a series of financial fraud allegations against her and is not qualified to hold the position.

The executive director of the group and secretary of the Epe branch of the Nigeria Bar Association (NBA), Oladotun Hassan Esq, said appointment of Okotete as Executive Director of NEXIM by Buhari in April 2017 was wrong, going by clearly stipulated requirements of laws governing the bank.

According to him , Okotete did not have the required 18 years post graduation working experience before her appointment, neither did she have relevant academic qualifications in financial accounting, banking or any business related courses.

”What can only be gotten from fraudulently concocted curriculum vitae of Okotete is that she is a former counsellor and beauty salon hairdresser .

”This is an arrant disgrace and monumental embarrassment to Government of President Muhammadu Buhari that prides itself as Anti – Corruption Crusader .

“In compliance with the Central Bank of Nigeria Act Regulations and Order 41(3) of the Senate Rule and by the reason for her lack of capacity not to have served in the banking service for 18 years and must have risen to the level of General Manager for two years, hence she is not fit and merit to continue to hold the Executive Director of the NEXIM BANK, we, therefore, call on President Muhammadu Buhari to act decisively accordingly.”

Meanwhile, Hassan urged President Muhammadu Buhari to order the prosecution of Okotete for the alleged misappropriation of funds in her office. Hassan stated that a deadline of Wednesday, December 7, will be given to the federal government, while failure to act will lead to litigation against President Buhari.

”We also request that Okotete should upon removal from office , be prosecuted for misleading the entire Nigerians with false misrepresentations used in securing the appointment.

”If nothing meaningful is not urgently done in respect to our demands on or before 7th December , 2022, ; we shall not hesitate to seek legal sanction against President Muhammadu Buhari led federal government of Nigeria,” he said .

He explained further that the move to get the allegedly incompetent and unqualified Okotete removed, was made in a 2018 petition that was forwarded to the then , Senator Sam Anyanwu led Senate Committee on Ethics, Privileges and Public Petitions. 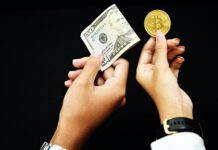 Bitcoin hailed as the best-performing asset of 2023