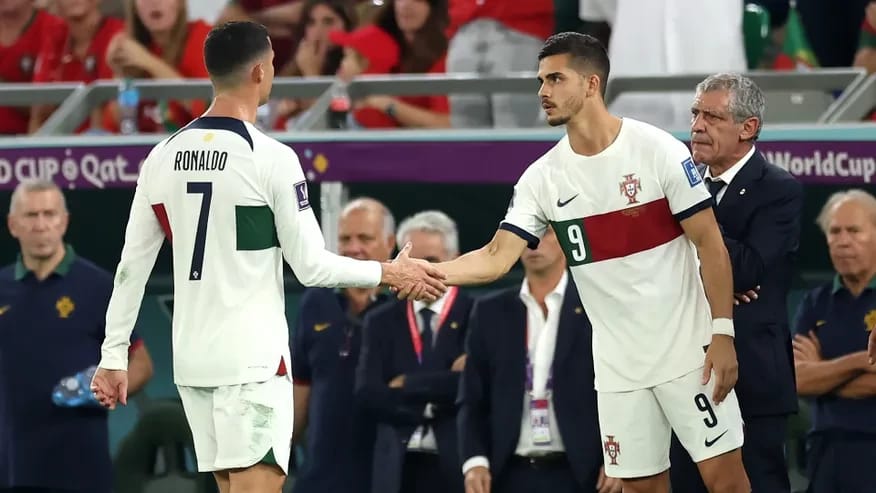 Cristiano Ronaldo has revealed that Fernando Santos, Portugal’s manager, was not the target of his enraged outburst following his substitution against South Korea.

Before Ronaldo explained what happened, Portuguese media had reported that he was mumbling “You’re in a f*cking hurry to sub me off” before leaving the pitch.

Speaking at a post-match interview, the former Manchester United player said his reaction was directed towards an opposing player and not Santos for taking him off in the 65th minute.

He said, “The Korean player was telling me to leave quickly and I told him to shut up because he has no authority. There is no need for controversy. It’s the heat of the match. Whatever happens, things always stay on the pitch. The most important thing is that we have to be united. We are in the next phase. Not only the players, but also the Portuguese people have to be confident.”

Portugal topped their group despite losing to South Korea 2-1 in the final group game.