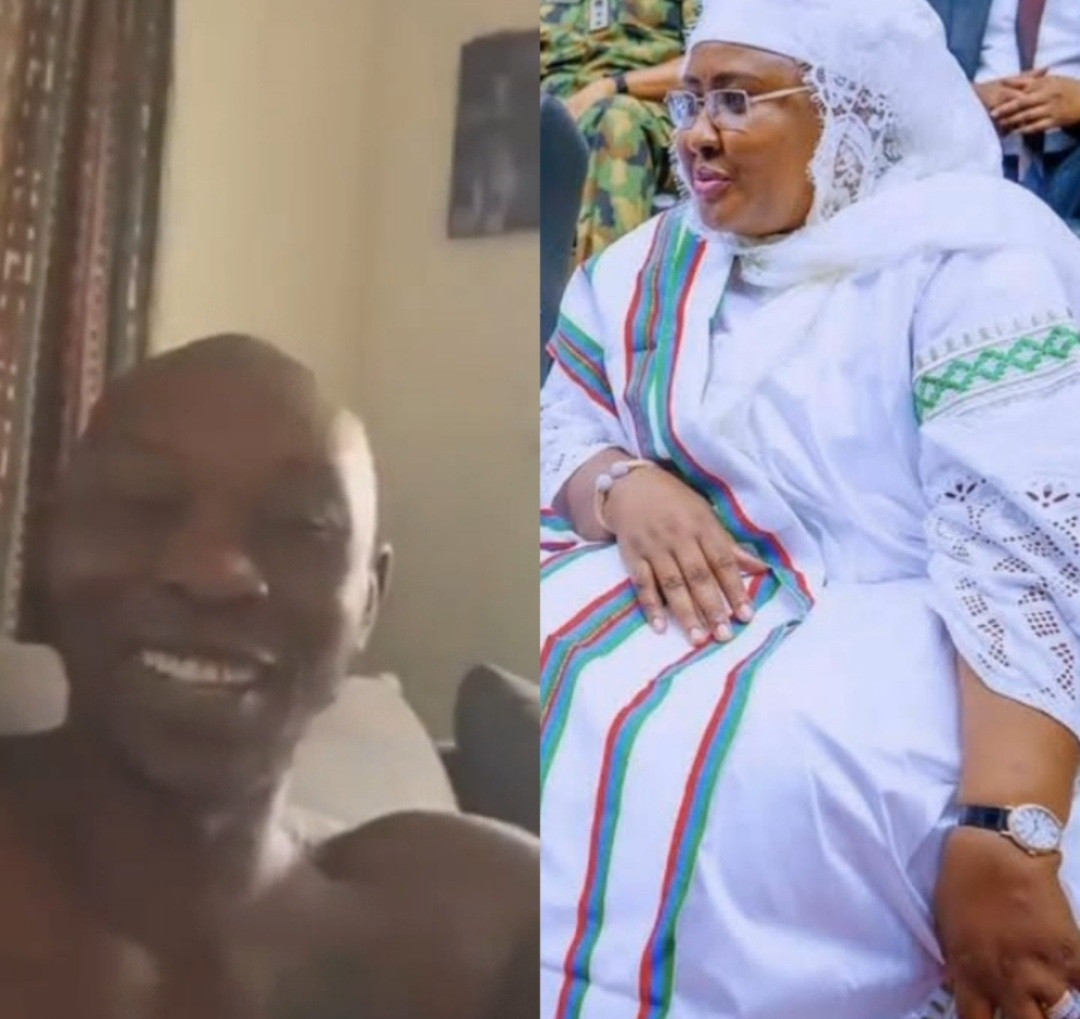 Seun Kuti, the son of late legendary singer, Fela Kuti has dared the first lady, Aisha Buhari to arrest him after body shaming her.

This is coming after the news of the detention of a Nigerian student by the DSS for saying Aisha Buhari is fat.

Taking to his social media, Seun Kuti body shamed the wife of the president. Calling her fat, he dared her to use her power to arrest him.

Seun Kuti declared that the First Lady should go behind bars for abusing her position.

“You are fat and it’s our money, you used in becoming fat. Send your DSS come this side. If you don’t send your DSS, then you don’t have sense, you be goat. Aisha Buhari you are fat”.

“That woman should be in jail, if she isn’t in jail, then there is nothing like law in Nigeria.

“If Aisha Buhari isn’t thrown in jail for abuse of office, she doesn’t even have an office constitutionally”.