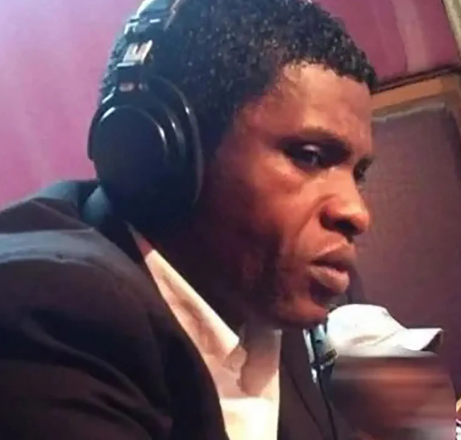 The mutilated body of a prominent Cameroonian journalist was found dead on Sunday, near Yaounde five days after he was abducted by unidentified assailants, the press union and a colleague said on Sunday.

On the air, the 51-year-old regularly tackled cases of corruption, not hesitating to question important personalities by name. Zogo served a two-month prison sentence for criminal defamation in 2020, the Committee to Protect Journalists reported.

Martinez Zogo was kidnapped on Jan. 17 by unknown assailants after trying to enter a police station to escape his attackers, media watchdog Reporters Without Borders (RSF) said.

Zogo had recently been talking on air about a case of alleged embezzlement involving a media outlet with government connections, RSF said.

“Cameroonian media has just lost one of its members, a victim of hatred and barbarism,” Cameroon’s journalists’ trade union said in a statement. “Where is the freedom of the press, freedom of opinion and freedom of expression in Cameroon when working in the media now entails a mortal risk?”

According to RSF, Zogo’s badly damaged car was found outside a police station in a suburb of the Cameroonian capital Yaounde on Tuesday.

“There are many grey areas regarding the circumstances of his brutal abduction,” Sadibou Marong, head of the sub-Saharan Africa office of RSF, told AFP.

“The authorities must launch a rigorous, thorough and independent investigation to establish the full chain of responsibility and the circumstances that led to this sad event,” Marong said.

Cameroon’s national journalists’ union condemned a “heinous assassination” and urged media workers to wear black on January 25 as a sign of mourning.

“Although Cameroon has one of the richest media landscapes in Africa, it is one of the continent’s most dangerous countries for journalists, who operate in a hostile and precarious environment,” RSF says in its Cameroon country profile.

The International Press Institute, a Vienna-based press freedom organization, urged Cameroonian authorities to “promptly investigate the horrific murder and ensure that those responsible are brought to justice”.