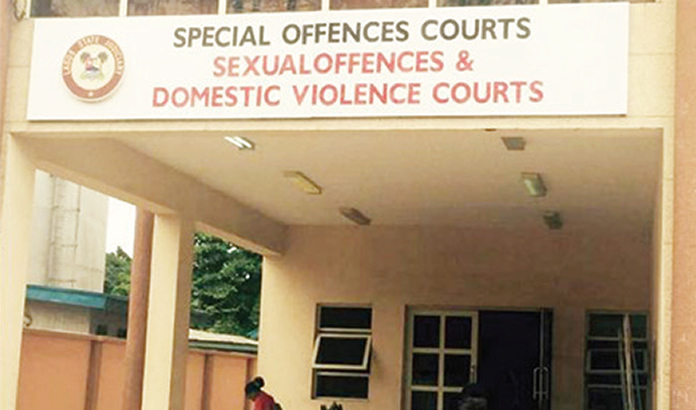 Adam Farouk, an Islamic teacher, has been given a life sentence on Tuesday, for defiling eight of his students by Justice Abiola Soladoye of Ikeja Domestic Violence and Sexual Offences Court in Lagos State.

Between November 2018 and February 2019, Farouk defiled the students, who ranged in ages from six to eleven, on Balogun Street in Parkview Estate, Ikoyi, Lagos.

The convict was arraigned on eight counts of sexual assault preferred against him by the Lagos State Government.

While delivering judgment, Justice Soladoye stated that the prosecution proved beyond reasonable doubt the ingredients of the eight counts bordering on sexual assault by penetration.

Soladoye described the convict as morally corrupt and an embarrassment to the Islamic faith.

The judge held that the testimony of the survivors was consistent and truthful, adding that their demeanor during trial showed that they were not lying.

She said the evidence of the pupils was corroborated as they identified the convict as their teacher who penetrated their private parts with his index fingers.

Soladoye held that the evidence of the 10th prosecution witness, a midwife with the Women at Risk International Foundation, Mrs Oluchi Nwoke-Okoi, revealed that the pupils had vaginal injuries.

The judge further held that the defendant asked the pupils to turn their backs while he defiled them one after the other.

“What an Islamic teacher, who took undue advantage of poor students in Islam and messed around with their purity and dignity.

“He is meant to teach his students morals, discipline and values, but alas, the reverse is the case.

”The dignity and safety of our students must be cherished. Dirty Islamic teacher of his kind must be locked away and made to pay for his dirty sexual indiscretions.”

The judge called on the Lagos State Government to adequately monitor educational institutions.

She also urged Muslim communities to regularly visit Islamic schools unannounced and get feedback firsthand from students and parents on the activities and conduct of their teachers.

“The need for this can never be overemphasised in view of the rampant scenes of this heinous crime.

“I salute the courage of the survivors for speaking up against the defendant without any fear of intimidation.

“Abused children are to be encouraged to speak up so that their assailants will be shamed and sanctioned accordingly.

“A teacher is a role model, setting the pace and leading by example as he is expected to impact knowledge and morals, but this defendant is nothing of such as he threw caution to the wind and messed around.

“The defendant is hereby convicted of all the charges and sentenced to life imprisonment on each of the eight counts, but the sentences shall run concurrently,” Soladoye held.

The judge also ordered that the convict should have his name written in the Sexual Offenders Register of Lagos State.

The prosecution called 10 witnesses during the trial while the defendant testified as the sole defence witness.