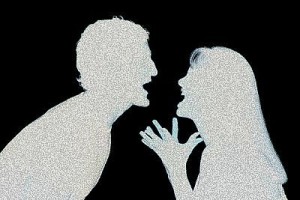 More often than not, children from broken homes blame their fathers for the traumatic situations prevalent in the family and many children have very strong negative emotions directed towards them. If you’ve ever worked with young people or if you are one yourself, you would’ve probably noticed that a good number of teenagers in Nigeria come from broken homes. It may be that the family is separated, divorced or for some awkward reason exists under the same roof even though the mother and father are bitter enemies.

Personally I have heard more than 40 teenagers from broken homes share their feelings, sometimes at help clinics and sometimes in normal conversation, yet only once have I heard anyone place blame on the mother. The father however has the overwhelming vote of being the home wrecker. The man is either accused of maltreating or physically abusing both his wife and family, running off with another woman, engaging in promiscuous relationships outside the marriage, abandoning the family (sometimes for no apparent reason), or in extreme cases the man is accused of all the above atrocities. Question is: Is the father of the family truly always to blame? are mothers always the angels of light in the family?

Mothers naturally enjoy a stronger bond with their children, the capacity to love a child greatly and to be loved by one’s child is in the hormones of both mother and child. The amount of time a woman devotes to her child also makes it hard for him to see wrong in her, especially considering that Daddy may not always be around to shower such affection, love and care on the child or may not have the capacity to do so (sometimes owing to temperament or upbringing). This creates a favorable bias towards the mother should any dispute ensue.

Also men have a tendency to protect their ego, a man would often choose to hide a delicate matter from a child. When situations get worse he may choose to abandon ship but leave the children in the custody of the woman since she is almost always in a better position to take care of them (irrespective of the kind of person she seems to be). The result is that the child(ren) grow up with the feeling that their father abandoned them and eventually get to hear only their mother’s side of whatever caused the separation, but nobody ever tells the story from daddy’s point of view.

Even when the child is grown, the father may choose hide his side of the story from the child so as to preserve the good image the child has of his mother because the truth is, should the father’s story be heard the child(ren) may lose respect for the mother they grew up with and still not be capable of loving the father that was not there when they needed him.

Take the case of the Wigwe’s family, although the truth is yet be verified, the accusations of the woman Mrs. Wigwe whose report on her husband has brought shame and disgrace not only to her family but to Nigeria, both nationally and internationally has been largely discredited by her son – Nelson Wigwe, who was present at the incident.

Had Nelson (who is this case just happens to be an adult and so is old enough to understand what happened) not spoken up, the man would have been blamed for wrecking the home.

That is certainly not to say that all scenarios are similar to this, but in cases of home breaks women or mothers are not as blameless as their children often see them to be and men are certainly not always responsible for home breaks. Most times it’s all a matter of perspective.