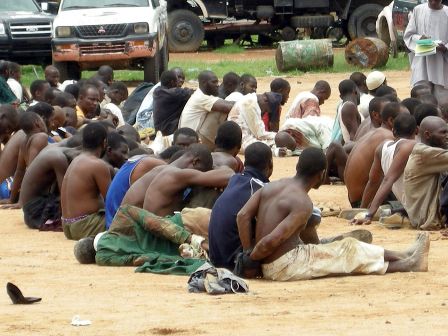 I stumbled upon a blog which allegedly belongs to a member of the Boko haram, the authenticity of www.yusufislamicbrothers.blogspot.com however I am yet to confirm but by reading its contents,it was not so difficult to jump into that conclusion.

It however got me thinking. I read in a broadcast message that the leader of the Boko Haram sect has rejected President Jonathan’s outstretched arm of peace and dialogue. I then ask myself “what does he want?”.

The National Security adviser said the other day on national tv that Boko Haram would soon run out of suicide bombers, but I say what if they do not and if they eventually do,how much damage would have already been caused. As a way of tackling the problem from its root,have we asked ourselves “WHAT MAKES A PERSON decide to be a SUICIDE BOMBER or TERRORIST? “.

I once believed the answer to this question was illiteracy or a poverty stricken mentality when all hope of survival is lost. History, however tells us different because Bin Ladin and our very own Abdumutallab are from wealthy families,moreso they attended some of the best schools too.

It is believed that a coward cannot commit suicide because the act of taking one’s life in the first place is an act of bravery. So in the normal sense of the word neither are they cowards,rather they are dedicated and devoted believers in their cause, the justification of such cause however is another matter and not the issue at hand at this moment.

Over the years, scores of Boko Haram members have been killed by security operatives but they have not been dwindling in numbers rather they seem to be growing and expanding. The truth is no matter how many boko haram members are killed, others would rise up in their stead.

What then must we do,to uproot Boko Haram? Kindly Leave comments