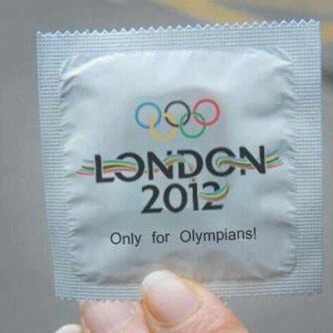 Here’s what US Gold Medal Swimmer Ryan Lochte had to say just before leaving for the games “My last Olympics, I had a girlfriend, big mistake. Now I’m single, so London should be really good. I’m excited.”

According to ESPN’s Body Issue:

Quote
The Olympic Village is basically one giant Séx-fest. US women’s soccer player Hope Solo was especially vocal on the issue, claiming she slept with a celebrity (that she wouldn’t name) and that people are having Séx right out in the open “On the grass, between buildings. People are getting down and dirty.”

To give you an idea of how crazy things get at the Olympics check out these Crazy Anecdotes From ESPN’s Story On Séx At The Olympic Village:

At the 2000 Sydney Games, US javelin competitor Breaux Greer had Séx with three women every day for 2 weeks.
US soccer player Hope Solo snuck a celebrity into her room after winning gold at the 2008 Beiging Games, but won’t say who (rumour has it that it’s Vince Vaughn)
At the 1994 Winter Olympic games, Skier Carrie Sheinberg said two German bobsledders tried to trade her their gold medals for “some group fun”
At the 2010 Winter Games in Vancouver six athletes from Germany, Canada, and Austria were involved in and órgy in a whirlpool at a house outside the Village.