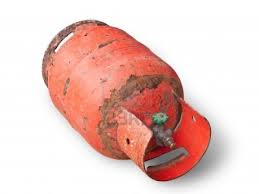 An explosion at the Defence Headquarters (DHQ) restaurant’s kitchen on Wednesday caused serious commotion as soldiers scampering to find out what the cause was, before it was discovered that it a gas cylinder mishandled in the process of refilling it.

Although there was no loss of life or property, the middle-aged man who was refilling the cylinder was seriously injured and rushed to the hospital. Meanwhile, the Deputy Director of Defence Information, Group Captain A. Makun, in a statement, said there was no need to panic, adding that the public should go about their normal activities without fear of trepidation.

According to an eyewitness, who expressed dismay on how soldiers rushed to the scene of the incident, they could have been more cautious in the manner of response. According to him, that was how a senior air force officer lost his life in the bomb blast at the Jaji cantonment.

In his words, “The officer, whose official residence was near the Saint Andrew’s Protestant Church Jaji, had rushed out when the first explosion rocked the church to find out what the problem was, but was killed by an unexpected second explosion,” he stated. He then warned them to desist from such and remain calm as events unfold in future occurrences.

Share
Facebook
Twitter
WhatsApp
Previous articleSee The Gold Pill By Tobias Wong That Will Turn Your Faeces Into Gold [Photos]
Next articleI want to be the president of Nigeria – Lagos Speaker, Ikuforiji
- Advertisement -