This used to be a butt of rude jokes till I read this story – of Tomasz Paczkowski from the northern Polish town of Elblag, who now dorns bandages around his head after a request from his wife to help with the housework while he enjoyed a few days off work backfired. 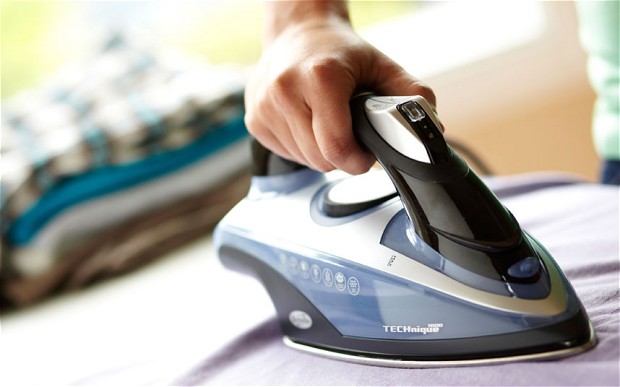 “My wife had gone to work and asked me to help with the housework,” the 32-year old told the Polish newspaper Fakt. “After breakfast I started to work. I turned on the boxing channel on the TV, opened a beer and started ironing.

“I was really getting involved in the boxing and was not really thinking about what I was doing,” he continued. “Suddenly the phone rang and I mucked things up: instead of grabbing the receiver I picked up the iron and put it to my ear.”

It was the burning sensation on his ear that soon made him realise his ‘hot’ mistake. To make matters worse, Mr. Tomasz quickly made for the bathroom to cool his burn with water only for him to strike his head against a door frame resulting in an injury just above the left eye.

As a result of his accident he said he would give up watching boxing on the television but would continue to iron.