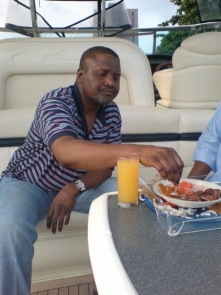 Africa’s richest man with a net worth of $16.1bn as of March 2013, and the President, Dangote Group, Alhaji Aliko Dangote, has moved up in the latest world richest ranking to number 43 from 76 in 2012. Dangote also ranks as the richest manufacturer in the world.

According to the list which was released on Monday by Forbes, 55-yr-old Dangote and the Chairman of Globacom, Dr. Mike Adenuga, 59, were the only Nigerians on the list.

Others on the list are Armancio Ortega of Spain ($57bn); Warren Buffet, United States ($53.5bn); and Larry Ellison of US with $43bn net worth, coming third, fourth and fifth, respectively.

“To compile net worth, we value individuals’ assets, including stakes in public and private companies, real estate, yachts, art and cash – and account for debt,” Forbes said.

“We attempt to vet these numbers with all billionaires. Some cooperate; others don’t. We also consult an array of outside experts in various fields.”