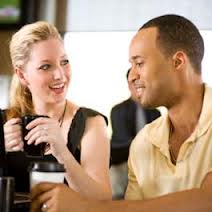 Difficulty to acquire: 6/10
Though it might not strike you as much of a skill when you’re shooting the bull with friends, conversation with women — in whom you’re interested and whom you don’t know well — is a skill, and one that takes some practice. Listening and actually paying attention becomes infinitely more important. You want to come across as both confident and empathetic, which is something of a balancing act. Being able to explain and adequately express yourself, though, can easily cover for lacking any of these other skills, which is why it’s so crucial.

Difficulty to Acquire: 2/10
Every guy has his own personal style, but there’s a thin line between hipster carelessness and looking like a slob. It’s better to stay a comfortable distance on the clean-cut side of that line. There’s nothing difficult or even time-consuming about good grooming, but women often complain that men simply don’t bother to take care of their appearances, and the only excuse to let yourself go completely is laziness.

Difficulty to acquire: 6/10
Sex is important, even if not for its own sake, then because women often read into it emotionally and assign it its own relevance as an indicator of how you feel about them

Difficulty to acquire: 4/10
This broad category covers everything a man can reasonably be expected to do in maintaining a home and doing basic repairs; none of this stuff is as complicated as working with a car, and it mostly comes down to having the right tools for the job and being willing to get your hands dirty. There’s virtually nothing the internet can’t tell you how to fix, but it’s no less impressive to a woman when you can be relied upon for all those repairs

Difficulty to acquire: 6/10
As much as women want you to have an emotional, sensitive side, they still want you to be a man, and playing a tough, physically demanding sport is about as masculine as it gets. Bragging about your golf game might impress your coworkers, but it doesn’t have quite the same impact to a woman as boxing, football or some other high-intensity, testosterone-fueled activity.

Difficulty to acquire: 3/10
You don’t have to take classes or start shopping for expensive cookware — just start small. Every woman, everywhere, is just a little bit pleasantly surprised to discover that a man can cook, actually wants to cook and seems to genuinely know what he’s doing, so begin by perfecting a handful of recipes. The bonus here is that you’ll soon be eating better and tastier food yourself. Once you’ve mastered a few classics (like making the perfect steak and some side dishes), expand your repertoire as you see fit.

Difficulty to acquire: 4/10
If there’s one way to demonstrate that you’re confident, easygoing and approachable all at once, it’s dancing. On the surface, dancing is pretty straightforward, and there’s certainly nothing hard about it — you’re moving your body rhythmically, and how you’re doing it isn’t too important. The hangup here is feeling that you’re too uncoordinated or too shy to try, in which case it may seem daunting.

Difficulty to acquire: 6/10
Learning how to fix a car will probably seem daunting if engines have mystified you up until this point, but luckily you don’t really need to know much. The objective is to understand enough that you maintain your car correctly and can actually diagnose car troubles (particularly in the company of a woman) instead of just opening the hood and looking puzzled. Besides, knowing the basics will make you seem like less of a rube to dishonest mechanics.

Difficulty to acquire: 7/10
For starters, playing an instrument well is just an impressive ability, period. It speaks volumes, to men and women alike, about your character. On the other hand, where another man might just respect your ability to master what is, for most people, not an easy skill, women will equate your ability to play an instrument with a poetic sensibility they might not otherwise have recognized in you.

Difficulty to acquire: 8/10
Certainly the hardest skill on this list to pick pick up as an adult, speaking a foreign language is a sign either of dedication (that you’ve taken the time and effort to learn) or of worldliness, and women will be intrigued by both of those, particularly if you don’t flaunt the ability and just let it come up at the right moment. Obviously you’re not going to learn a language overnight, but the resources are endless — you only need to supply the time.
Celebrities