Nigeria Nationwide League side, Sardauna Babes FC of Kano, will travel to Serbia to take part in the soccer tournament for selected youth clubs across the globe.

The 25-man contingent made up of 18 players and seven officials departs Nigeria on August 29 and will be in Serbia for two weeks for the international youth tournament. 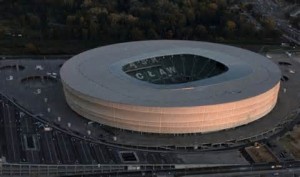 Kabiru Ali Mazado, Sardauna Babes FC General Manager, who revealed this to newsmen on Wednesday, added that the tournament is to help the players gain exposure.

Mazado said the exploits of three of the club’s players in the present Golden Eaglets team made them the suitable choice in the country for the Serbian tourney.

“We produced three players for the present national Under-17 team, the captain Musa Mohammed, Alhassan Ibrahim and Ifeanyi Mathew,” he noted.

He also said the former Kano State governor Mallam Ibrahim Shekarau and his friends will sponsor the trip for the club.

“We still have more of them in our fold and we are using all available opportunities to expose them and the Serbian tourney is just one of them and I am happy the former Governor of Kano State Mallam Ibrahim Shekarau, our sponsor is firmly behind us.”