Jian Wang, a 28-year-old farmer in China, shocked the neighbourhood when he showed off his own Lamborghini Reventon.

Jian Wang has a humble farm and modest living, so he can not afford owning the highly coveted Lamborghini Reventon. However, he found the solution and he built the ride from scraps. All he needed was an old Volkswagen, a small Reventon model car, and a good background in auto mechanics.

After some major overhauls and a few yanks, the result was close to the real thing, but without the paint and posh interior.

Unfortunately, the Chinese police refused to grant his car the needed license to drive it down the road. So Wang uses his car instead to transport fertilizer around his farm. And the total cost of his homemade prized possession? About $9,500.

See the photos below and compare with the original… 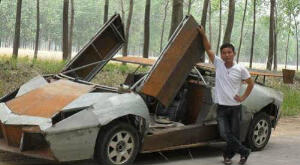 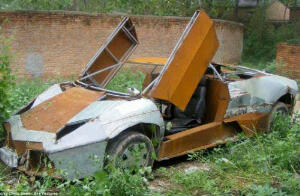 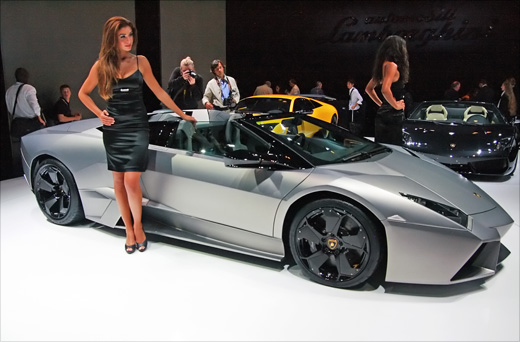